Location： Home / Technology / What is Thread? Inside the protocol aiming to revamp smart homes

What is Thread? Inside the protocol aiming to revamp smart homes

If there’s one issue with smart homes, it’s that they’re mostly a collection of disjointed equipment that often requires a set of hubs to work. Fiddly and often complicated, Thread is the new protocol on the block, designed to make interoperability easier.

Protocols are rarely the most exciting things but it’s what Thread can do that should make it stand out. Here’s what you need to know.

, two of the most important smart home protocols, you get a mesh network but you must have a hub in order to control devices. Although even with these standards, you can end up having to have multiple hubs, even to use devices running on the same protocol.

For example, if you have a

, you can connect Zigbee and Z-Wave devices directly to it. However, if you get a Ring Alarm (Z-Wave), you still need the Ring base station and, likewise,

Thread is built to be different. At its heart, it’s a low-power mesh network but this one runs IPv6, the protocol that powers the internet and computer networks. That makes Thread devices easier to connect to the internet, and it also means that Thread devices can communicate directly with each other, with up to 250 nodes supported per network.

With most smart devices, communication takes place either through a hub or via the cloud. For example, if you set up an

to turn off your Sonos player when your Hue motion detector stops picking up movement, this is all handheld through the cloud, which can add a delay and some complexity.

With Thread, it’s technically possible for a motion sensor to talk to and directly control a music player. This is not only more reliable but it’s also a faster and more responsive way of taking control.

Thread also uses 6LoWPAN (IPv6 over Low-Power Wireless Personal Area Networks), which is a fancy way of saying that it uses the minimum amount of power: battery-powered devices should last for years before you have to change the cells.

Thread uses a mesh network. While Z-Wave and Zigbee have a degree of resilience, they’re not infallible and have a single point of failure: the hub. Thread is built to be different.

Its mesh network is self-healing, which means that it will automatically get reconfigured even if a device is removed or fails. In a Thread mesh network, you can have up to 32 active routers, which direct signals to and from end devices. The failure of any router doesn’t matter, as the network reconfigures automatically using other routers.

The first router to join the network becomes the Leader, which is responsible for network management tasks. If that device fails, then another router is promoted to become the leader, saving the network.

While devices on the Thread network can communicate with each other, to talk to th

e outside world, you need a Thread Border Router. This acts as a bridge between the Thread world and your normal network and internet connection. In a way, Border Router’s are similar to Hubs in the existing smart home world, only they’re not devices dedicated to this job and are simple and cheap to build.

For example, both the 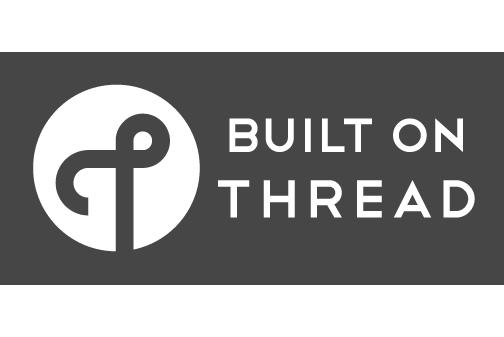 (the latest version) and the

are Thread Border Routers. With either of these devices in your home, you can have a Thread network that allows you remote control of compatible devices.

Here, at the moment, lies a problem: the lack of Border Routers. When the Nanoleaf Essentials line was launched, the lights could only be remote controlled via Apple devices; Android users were out of luck, as they couldn’t communicate through the Apple HomePod Mini or Apple TV. Instead, Android users were confined to using the Essentials range via Bluetooth with no remote access.

on its Shapes and Elements light panels, which will give Android users remote control, plus it enables Amazon Alexa and Google Assistant support. The Eero 6 will also be capable of running as a Border Router.

Importantly, Border Routers aren’t device-specific, so any Thread device can communicate through one. With Thread, it should mean an end to multiple hubs, and it’s likely that we’ll see more devices capable of acting as Border Routers.

How to create Google Home routines

How does Thread work with Matter?

You may have heard of another smart home protocol called

, which is also supposed to make life easier. So, how does this fit in with Thread? Well, Thread is the network that devices run on, while Matter is a connection protocol aimed at improving device interoperability.

Matter is built to make devices easier to install and easier to control. Technically speaking, any Matter device should be able to talk to any other device. This is a big move, as means that devices should work on multiple platforms, so you won’t have to worry so much about whether the device you’re buying works on HomeKit or with Alexa: they should all work on everything.

Matter can be retroactively applied to existing smart devices. Indeed, Google has said that it is updating the latest Nest Thermostat to work with Matter, so it can be controlled with other Matter-certified platforms.

With Apple, Amazon, Google and SmartThings, as well as others, on board with Matter, we could see the end of walled gardens, and you may be able to control your Nest Thermostat from Siri for the first time.