Location： Home / Technology / What Should Be Considered a Crime in the Metaverse?

What Should Be Considered a Crime in the Metaverse?

serv | 10/10/2022
135
This story is adapted from Reality+: Virtual Worlds and the Problems of Philosophy, by David J. Chalmers.Note: The following paragraphs describe a virtual sexual assault in a text-​based virtual world.

Before there was the metaverse, there were MUDs, or multi-user domains. In 1993, they were the most popular virtual worlds for social interaction. MUDs were text-​based worlds with no graphics. Users navigated through a number of “rooms” with text commands and interacted with others there. One of the most popular MUDs was LambdaMOO, whose layout was based on a California mansion. One evening, a number of users were in the “living room” talking with one another. A user named Mr. Bungle suddenly deployed a “voodoo doll,” a tool that produces text such as John kicks Bill, making users appear to perform actions. Mr. Bungle made one user appear to perform sexual and violent acts toward two others. These users were horrified and felt violated. Over the following days, there was much debate about how to respond within the virtual world, and eventually a “wizard” eliminated Mr. Bungle from the MUD.

Almost everyone agreed that Mr. Bungle had done something wrong. How should we understand this wrong? Someone who thinks virtual worlds are fictions might say that the experience is akin to reading a short story in which you are assaulted. That would still be a serious violation, but different in kind to a real assault. That’s not how most of the MUD community understood it, however. The technology journalist Julian Dibbell reported a conversation with one of the victims recounting the assault: 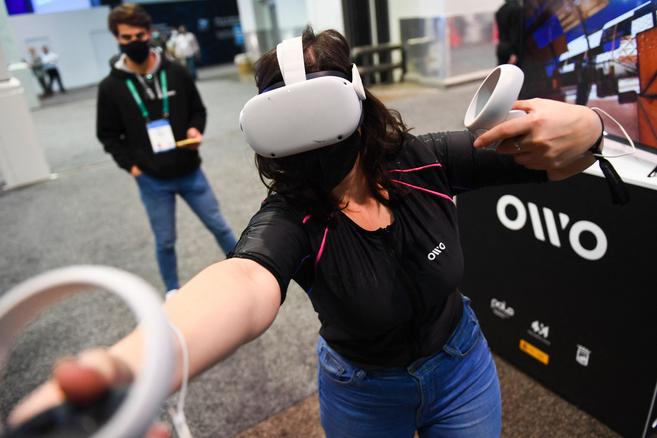 Months later, the woman  . . . ​ would confide to me that as she wrote those words posttraumatic tears were streaming down her face—​a real-​life fact that should suffice to prove that the words’ emotional content was no mere fiction.

The victim’s experience lends support to virtual realism—the view that virtual reality is genuine reality, and that what happens in virtual worlds can be as meaningful as what happens in the physical world. The assault in the MUD was no mere fictional event from which the user has distance. It was a real virtual assault that really happened to the victim.

The Mr. Bungle case also raises important issues about the governance of virtual worlds. LambdaMOO was started in 1990 by Pavel Curtis, a software engineer at Xerox PARC in California. Curtis designed LambdaMOO to mimic the shape of his house, and initially it was a sort of dictatorship. After a while, he handed control to a group of “wizards”—​programmers with special powers to control the software. At this point, it could be considered a sort of aristocracy. After the Mr. Bungle episode, the wizards decided they didn’t want to make all the decisions about how LambdaMOO should be run, so they handed power to the users, who could vote on matters of importance. LambdaMOO was now a democracy of sorts. The wizards retained a degree of power, however, and after a while they decided that democracy wasn’t working and they took some decision-​making power back. Their decree was ratified by a democratic vote after the fact, but they had made it clear that the shift would be made regardless. The world of LambdaMOO moved fairly seamlessly through these different forms of government.