Why Tech Investors Should Be Watching Palo Alto Networks

Cybersecurity specialist Palo Alto Networks (NASDAQ:PANW) is no secret on Wall Street. But are investors underestimating its growth prospects?

In this video from "The Virtual Opportunities Show," recorded on Jan. 18, Fool contributor Demitri Kalogeropoulos and analyst Asit Sharma chat about the stock and highlight a few attractive aspects of its business.

Demitri Kalogeropoulos: Palo Alto Networks, the ticker symbol is PANW. It's a cybersecurity specialist. It's about a $40 billion company and a lot of people have heard of them. Annual sales are in that $5 billion dollar range. It's just a good one to maybe keep on your radar. They've been expanding their portfolio over the last few years and launching a lot of new products. They cover some major areas including network security and cloud security. Obviously, this is getting a lot more interest in these areas over the last few years as so much more businesses shifted online.

The company's got a lot of good things I'd like to see in terms of user engagement and growing portfolio like we said and a lot of avenues for growth. Accounts about 900 paying customers right now with contracts that are over one million and 43 clients that are over that 10 million mark. Both those numbers are up significantly. I think the 900 number, it's about doubled in the last three years, for example, and I think that 43 number was in 2018, so over three years.

The key here is they've been able to innovate a lot and expand that addressable market by offering a more complete suite of products. We saw this with, I think we talked about HubSpot (NYSE:HUBS) a few weeks ago. It's similar, I look at it like a similar approach there. There's a lot of competition in this space and that's a big worry. There's a lot of competitors that are much bigger, have a lot larger revenue bases that can take losses if they need to than Palo Alto. That's something I'd be worried about with investing in this space.

But the cool thing about this is that the fact that we're shifting so quickly into this hybrid work environment, it's opening up big opport 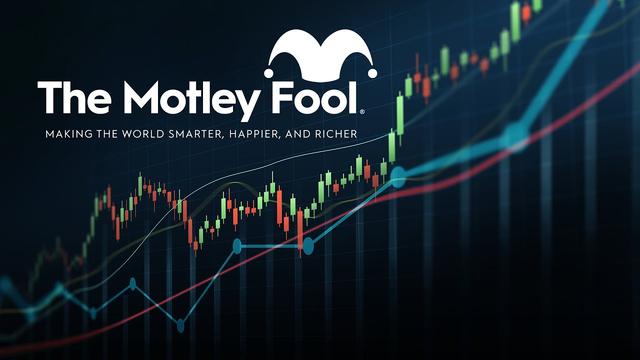 unities for smaller players like this to innovate and create their own pretty big niches and add a lot of value to all these IT managers who are shifting more work online.

The stock has come down a bit from its recent highs, but I wouldn't consider it cheap. It's valued about eight times in the 2021 sales, but it's still one I think worth keeping on your radar.

Asit Sharma: Awesome. It's sometimes easy to lose sight of companies that are in front of us and have been around for a while. Palo Alto Networks has been around for quite a while, and I think some of their thunder gets stolen by these newer companies which have tremendous growth rates. I think about CrowdStrike (NASDAQ:CRWD) is one example, Zscaler (NASDAQ:ZS) is another.

But as you spoke, I was just looking at their stock chart, they've been a pretty decent performer, some ups and downs, but over the years, I mean, this is a great buy and hold proposition, 845% return over the last 10 years [laughs], and a lot of that coming really, Demitri, after 2020. I think after the bounce back in the spring of 2020, they've tacked on quite a bit of performance, which again serves the people who hold the stock for a long time.

That's how you get from a 400% to an 800% because you held the stock and were able to be patient with it. I should say I want to move on, but I'm also noticing the down periods, the down troughs that the company has had, the 2015 through 2017 period. It pays if you believe in the technology and you understand the company's forward prospects to be able to balance out sometimes a year or two of underperformance.

Now, I don't want to scare anyone because we're right now having a market environment which is hitting a lot of growth stocks and not implying that all of your growth stocks will be down for a couple of years. Just talking about individual case studies, if you know your companies very well and understand the uptake of their technologies within six months to 12 months or can try to get a handle of that through transcripts and reading about the companies, you're able to be patient.