Will Trump’s startup play by Big Tech's rules? Other conservative apps do

A former adviser to then-President Donald Trump, Miller is the CEO of Gettr, a Twitter-like social media platform that has gained momentum in recent months after an inauspicious start last July. In the first 10 days of 2022, it’s estimated that over 700,000 users downloaded the “free speech” app, according to Sensor Tower data, after podcaster Joe Rogan announced he’d created a profile on the platform.

That growth has made Gettr one of the most successful entrants in a new genre of social media platforms targeted at Republicans that have gained traction in recent years. And with Trump’s much-anticipated social media platform, Truth Social, scheduled for launch in February, Miller said he expects growth to accelerate — and possibly move beyond conservatives, despite the app adding another “free speech” space into the mix.

“I think anything that helps pull more people off the sidelines, and get back up with these alternative social media platforms, will only make all of ours bigger and better,” Miller said of Trump’s soon-to-be app.

“I tell my Democrat friends all the time, it’s a matter of when, not if, the pendulum swings back the other way, and you have a reason to be upset with Big Tech,” he added.

Gettr, like Parler, Rumble and other conservative-friendly tech platforms, was born out of the backlash directed at Facebook and Twitter, which have increasingly taken a more active role in combating misinformation and extremist rhetoric on their platforms — efforts that have accelerated during the pandemic. Twitter and Facebook each banned Trump in 2021, though Facebook has left the door open to his possible return.

That provided the momentum for new social media platforms to step in, openly espousing free speech principles and holding themselves up as alternatives to Big Tech. And while those principles remain front and center for these platforms, they’re also coming up against the challenging realities of running tech companies.

Big Tech has already learned that a hands-off attitude can only go so far. And the reality of the internet means even alternative apps often have to play ball with Big Tech while also figuring out where to draw the line between what is and isn’t acceptable content on their platforms.

“I think even for apps that frame themselves as free speech apps, they end up realizing pretty quickly that they have to have a content policy,” said Emma Llansó, the director of the Center for Democracy and Technology’s Free Expression Project. “They have to have some set of rules or standards, standards or ideas about what they will and will not allow on their services, because they’re going to end up facing a lot of the same questions that the kind of big social media companies face.”

In the shadow of Big Tech

The early days of Gettr were messy. 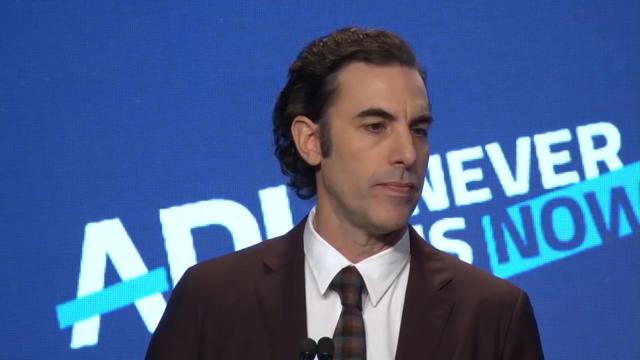 Launched in the summer of 2021, it offered a similar experience to Twitter. But with little oversight, it was quickly flooded with pornography and other objectionable content.

Since then, Gettr has tried to clean up its platform. While still pushing an anti-censorship message in its marketing, Gettr uses a combination of artificial intelligence and human moderation — like Facebook and Twitter — to enforce its policies, which prohibit “unlawful, harmful, threatening, abusive, harassing, defamatory, libelous, indecent, vulgar, obscene, sexually explicit, pornographic, profane, hateful, racially, ethnically or otherwise objectionable material.” Miller said the platform has a strong stance against hate speech and slurs. It has faced some difficulty enforcing those policies, though.

Gettr’s challenges aren’t particularly different from those that Facebook and Twitter have faced. They also sought from their early days to take a gentle approach to moderation, allowing extremist groups to grow and misinformation to spread widely.

Now, robust platform moderation is a prerequisite, even for platforms that hold themselves up as bastions of free speech. Truth Social CEO Devin Nunes told Fox Business that it will use automated platform moderation through the third-party company Hive to create a “family-friendly” atmosphere.

“We want this to be a very safe place, and we are focused on making sure any illegal content is not on the site,” he said. According to Fox Business, Hive provides moderation services to major tech platforms like Reddit, Giphy and OnlyFans.

Moderation, in some ways, is not optional for social media companies operating within the larger confines of smartphone apps.

In 2020, Parler, also a Twitter-like “free speech” platform, hit the top of both app stores after the presidential election. But with little oversight, extremists flocked to the platform. Apple removed Parler from its app store last January after Apple said that Parler had failed to moderate dangerous content. The app was used to organize the Jan. 6 insurrection at the U.S. Capitol.

Parler is now available again after bolstering its platform moderation mechanisms. It’s grown to an estimated 13 million users, according to a Stanford University estimate this month. The company did not respond to a request for comment.

Moderation isn’t the only practice that conservative platforms have adopted from Big Tech — or where they overlap.

For all its tough talk about being an alternative to the major tech platforms, Gettr was recently criticized in the tech newsletter Talk Liberation for including Google and Facebook trackers on its platform that provide user data to those companies for advertising purposes, which Miller says is meant to “improve user experience.”

Miller said that apps like his still stand apart in the social media field because of their intention to treat users equally.

“Big Tech platforms use political discrimination to pick winners and losers in the free speech debate,” Miller said, despite there being little evidence of such politically motivated censorship from the major tech companies.

Llansó says that while major social platforms could provide their own research or data to put those narratives to bed, they’ve largely chosen privacy, which she believes opens the door for alternative apps. “When people don’t trust a Big Tech company and what they’re doing with people’s speech, the internet still does provide this opportunity to try to create your own service.”

How conservative platforms could change politics

Regardless of intentions, Gettr and Parler are dominated by conservative-oriented discourse, a fact that’s acknowledged by Miller and reflected in data analyzed by iDRAMA Lab, a group of researchers who have studied conservative spaces online.

According to January 2022 iDRAMA research from Pujan Paudel provided to NBC exclusively, the top word used in Gettr profiles is "Trump" followed by "patriot," and the top hashtag used in profiles is "MAGA" followed by "TrumpWon." On Parler, the majority of the platform’s most-followed accounts are right-leaning influencers or news sources, according to a Stanford University analysis.

Given the popularity of conservative content on apps like Parler and Gettr, some have suggested that alternative apps could serve as conservative echo chambers or even fresh spaces for extremism to flourish.

Jeremy Blackburn, a co-founder of the iDAMA lab and an assistant professor of computer science at Binghamton University in New York, said alternative social spaces have generally had a higher concentration of extreme content.

“We do see more of what most people would consider conspiracy, extreme right-wing content,” Blackburn said of conservative platforms. In the Gettr data provided by Blackburn's research group, his team found that use of speech they’d coded as inflammatory was at a higher level than typically found on Twitter.

Despite this, some experts say there may be less obvious consequences of alternative apps.

Llansó suggested that more homologous user bases, like those on Gettr or Parler, could result in more productive conversations among conservatives, because they’re meeting on shared terms.

“When you have an online community that is made up of people who are more like-minded than not, whether it’s same demographic backgrounds, or just they’re all there to talk about the same thing that they’re really interested in, that has an effect of kind of creating and sustaining norms of communication that, in some ways, make the host job, the platform’s job, a lot easier,” Llansó said.

Christopher Bail, a professor at Duke University who studies political polarization and wrote “Breaking the Social Media Prism,” said that the existence of alternative apps could actually isolate and tamp down the spread of extremist content.

“One possibility is that these sites, though they will attract a number of people with particularly extreme views, that they may also prevent some of those views from getting the type of exposure they might get on the larger platforms like Twitter or Facebook,” he said.

A Washington Post analysis found that many conservative influencers’ follower counts stagnated after an initial growth period when they joined conservative platforms.

But right now, Gettr and Trump’s Truth Social are working overtime to attract and maintain internet creators. According to Axios, Truth Social has been reaching out to influencers from across the political spectrum to try to attract them to the platform.

Miller excitedly tries to attract big names on Twitter, and when Joe Rogan blasted Gettr on his show after he joined because he felt the app misrepresented his follower count, Miller reached out to try to patch things up.

“He’s a pretty straight shooter,” Miller said. “I was glad that they gave me the chance to display a couple of things to help understand and look forward to hopefully continue to be a user on the platform.”

Rogan hasn’t posted to the platform since the incident.