Windows 11: Déjà vu all over again?

For longtime Microsoft watchers, there might have been a moment of déjà vu last month as the Redmond, Wash. developer announced its upcoming Windows 11 operating system.

The moment? When they read this line in the company's official

: "If you're currently shopping for a new PC look for 'Free upgrade to Windows 11' on the fact tag."

A decade and a half ago, Microsoft used something similar to market the PCs that were supposed to run its then-impending Windows Vista, with stickers at retail and labels online stating which machines were "Vista Capable."

What enterprise needs to know about Windows 11

That 2006 campaign was a disaster for Microsoft. A

with the Vista Capable program, which led to the release of embarrassing internal emails in which executives blasted the campaign and expressed frank opinions about the OS itself.

The company created the Vista Capable program to maintain PC sales momentum, notably during the holiday season of 2006, as the January 2007 launch of Vista neared. As revealed in court documents,

Microsoft had bent to pressure from Intel

, which needed to unload inventory, by lowering system requirements to include a bottom-level Intel graphics chipset.

Internally, some at Microsoft balked at the change in system requirements,

and telling personal tales of spending thousands on a system that, in the end, couldn't run Vista or couldn't deal with Vista's advanced features, including the new Aero UI (user interface).

The lawsuit, which was awarded class-action status — dramatically expanding the pool of plaintiffs and, thus, the amount Microsoft might have to pay in damages assuming a loss — also revealed other bits of interest. An expert for the plaintiffs, for instance, estimated that

Microsoft had made $1.5 billion

from the sale of licenses for PCs marked as "Vista Capable" in the months leading up to OS launch. Other estimates pegged

if a settlement was reached.

There was no link between the Vista Capable debacle and the operating system's later ultimate failure. (Vista was adopted by about one in five Windows users at its peak, less than a third reached by the precursor Windows XP or the successor Windows 7.) But the disclosures couldn't have helped; they reinforced the reputation already being built for Vista, that it was an over-ambitious effort that needed a higher-horsepower PC.

Huge numbers of users decided to stick with XP and ride that pony until it dropped in early 2014, then switch to Windows 7, skipping Vista.

Windows 11 could experience similar headwinds because, like Vista, its system requirements are more exacting than its antecedent.

"This next generation of Windows will raise the security baseline by requiring more modern CPUs, with protections like virtualization-based security (VBS), hypervisor-protected code integrity (HVCI), and Secure Boot built-in and enabled by default to protect from both common malware, ransomware, and more sophisticated attacks," Microsoft said in a 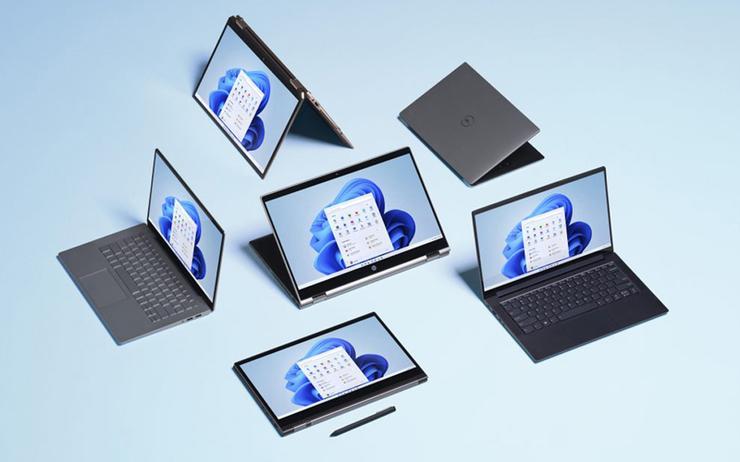 The stumbling block will be the processor requirement, which Microsoft said — after some initial dissembling — would definitely put Intel's 8th-generation (and AMD's Zen 2) on the Windows 11-compatible side, with the possibility that 7th-generation (and Zen 1) will be as well. Anything earlier, and the device will be out in the cold.

Bottom line: Some PCs sold relatively recently, say in the last three years, may not run the new OS.

— relative to previous OS upticks, anyway — as necessary for security purposes. That's the case, too, with the requirement of TPM, or "Trusted Platform Module," version 2.0, for its ability to securely store encryption keys and the like. Microsoft called TPM 2.0 "a critical building block" for security and contended that "PCs of the future need this modern hardware root-of-trust to help protect from both common and sophisticated attacks like ransomware and more sophisticated attacks from nation-states."

All this led to confusion right from the start. Which PCs would run Windows 11? Which might? Microsoft botched the opening round so badly that it yanked a compatibility checker and rewrote (or clarified, your pick) pieces and posts about requirements multiple times,

that it was doing so, sometimes, well, without.

Microsoft will not want to repeat the Vista Capable mistake with an official declaration on each PC. Instead, sellers will mark such systems with the "Free upgrade to Windows 11" phrase.

Microsoft may clarify this, but if that's all the company will do for available PCs, it smacks of an obtuse and opaque maneuver meant to avoid responsibility. A label reading "Free upgrade to Windows 11" guarantees nothing about compatibility.

The simplest solution would be to mark devices "Will run Windows 11," but something that straightforward would risk a repeat of Vista Capable. No surprise — that's not the direction Microsoft went.

OEMs (original equipment manufacturers) don't have the luxury of dodging the question. They're using an if-we-have-it-then-it-will-run-11 tactic to inform potential customers that their wares are capable of running Windows 11. Some have already done so.

, tells customers "Our current Windows-based PCs will be upgradeable to Windows 11 when it's available later this year," albeit with a caveat that some features require specific hardware. Likewise,

, "All Dell PCs with Windows 10 currently being sold on dell.com will be able to upgrade to Windows 11" on its website.

Ironically, Microsoft hasn't followed the lead of Dell and HP; pages touting its own Surface line do not make the same claim that all will run the new OS. There is some copy about the compatibility checker, however, the one Microsoft withdrew and is reworking.

It's no coincidence that Microsoft announced Windows 11 and the "Cloud PC" concept dubbed "Windows 365" within three weeks of each other.

Unlike in previous OS turnovers, Microsoft has an end-around it can offer customers — commercial customers initially, but you can expect it to filter down to very small businesses/consumers later — who find themselves with hardware that can't meet the operating system's system requirements.

According to Microsoft, the virtualized instances of Windows 11 that Windows 365 will create, store, and maintain on the firm's Azure service will stream to any device equipped with a browser and connected to a sufficiently fat pipe to the internet. The local PC, if that's what it is, could be powered by a not-suitable-for-Windows-11 6th-generation Intel processor, and it wouldn't matter.

expects that Microsoft will use this to pitch Windows 365 to organizations that want to move to Windows 11 but that have a heterogeneous collection of desktops and laptops, some able to run the OS natively, some unable to as much as boot up 11. While Windows 11 could be deployed to the former, the latter would need to be physically replaced with newer devices

set up with Windows 365 licenses.

Even if the organization intended to replace the aged PCs with newer, physical devices, Windows 365 could be used until their replacement cycles come around.