Location： Home / Technology / With $340 million in revenue, Nest is underperforming, and its future at Google is at risk

With $340 million in revenue, Nest is underperforming, and its future at Google is at risk

Nest generated about $340 million in sales last year, according to three people with knowledge of the matter. That's an impressive figure for a company in the very nascent market of Internet-connected devices.

But it's below the initial expectations Google had set for Nest when it bought the startup in 2014 for a whopping $3.2 billion. The company's sales performance may face even deeper scrutiny inside Google's new parent company,

, where Nest now sits, as the hardware maker faces its most critical year ever.

Nest's plight is a far cry from two years ago when it was brought on as Google's biggest acquisition ever as a vehicle to compete with Apple in the growing smart home market. Google also brought on CEO Tony Fadell, a former Apple exec, to inject Google with Apple's hardware sensibility. But now it's future is up in the air as it's clearly fallen short of those lofty expectations.

In late 2013, as Fadell negotiated the sale to the search giant, the two parties settled on two provisions. Fadell ensured that he would have an operating budget from Google; in return, Google created a significant retention clause to ensure that Nest's key executives and engineers stayed aboard.

That budget was set for three years, according to multiple sources familiar with the deal. Unless Alphabet agrees to continue funding Nest, that budget runs out at the end of this year. Several sources said that initial budget was around $500 million annually.

To keep employees from leaving after the acquisition, Google created a vesting schedule that prevents Nest's executives from cashing out their shares before a certain date — that date could come as soon as this year. In addition, according to sources, as part of the acquisition, Nest and Google agreed on a sales target for the company: $300 million annually.

Two years later, Nest still could not hit that target alone — it did it only after adding sales from Dropcam, which Nest acquired for $555 million six months after joining Google.

Time to take a bit out of FANG: Pro

But that acquisition, as events over the past week have shown, did not go smoothly. Several Dropcam staffers, includes its two founders, left. And its former CEO, Greg Duffy, has (twice) voiced his discontent with Fadell, setting off a wave of unseemly attention on Nest. 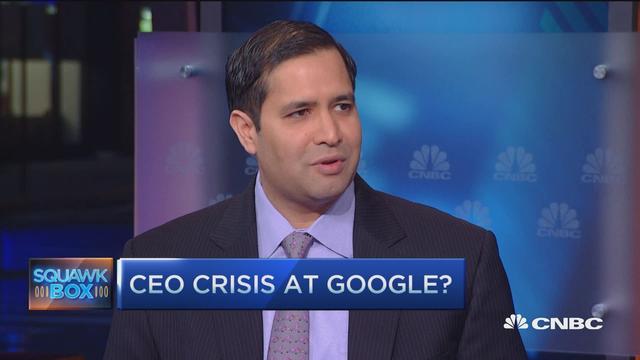 As bad as it looks for Nest now, it could be worse by the year's end.

Mossberg: The False Debate Between Open and Closed in Tech

Why Mobile Sites Need Apple Pay and Android Pay, in a Chart

Once the vesting period sunsets, some key executives could feel free to depart, something that several people close to the company said is very possible given the growing crisis. And Alphabet, whose execs have spoken regularly about controlling costs at the non-Google companies, may become less charitable.

In its first quarter report, Alphabet broke down its revenue for the first time in two buckets, for Google and "Other Bets," its myriad of long-shot subsidiaries. The Other Bets reported $448 million in revenue for 2015. Those sales, Alphabet CFO Ruth Porat said on the earnings call, came from three sources: Nest; Verily, which is Alphabet's life sciences business; and Google Fiber, its broadband unit.

Can Google catch Amazon and Microsoft in cloud?

Fiber has not reported sales. But industry sources familiar with the unit said its annual revenue is close to the estimates from RBC analyst Mark Mahaney, which pegged them at $99 million. Similarly, Verily hasn't released numbers, but sources said its sales are likely below $10 million.

Several former Nest employees said that, during 2014, Dropcam's sales growth outpaced Nest's other two products. But sales of the camera began to slow last year, after Nest rebranded the device.

CNBC's parent NBC Universal is an investor in Re/code's parent Revere Digital, and the companies have a content-sharing arrangement.

WATCH IN THE APP