Shares of language-learning company Duolingo closed up 36% in its market debut Wednesday on the Nasdaq, going public under the ticket symbol “DUOL.” Shares closed at $139.01, giving the company a market capitalization of nearly $5 billion.

The company priced 3.7 million shares at $102 apiece on Tuesday, above its initial $85 to $95 target range. It raised $521 million at an implied $3.7 billion valuation, up from last year’s private market valuation of about $2.4 billion, according to PitchBook data.

In its IPO prospectus, the Pittsburgh-based company disclosed annualized revenue growth of 129% last year to $161.7 million. The company brought in $55.4 million in revenue for the quarter ended March 31 — a 97% jump from last year — while net losses widened more than six-fold to $13.5 million, according to the filing. 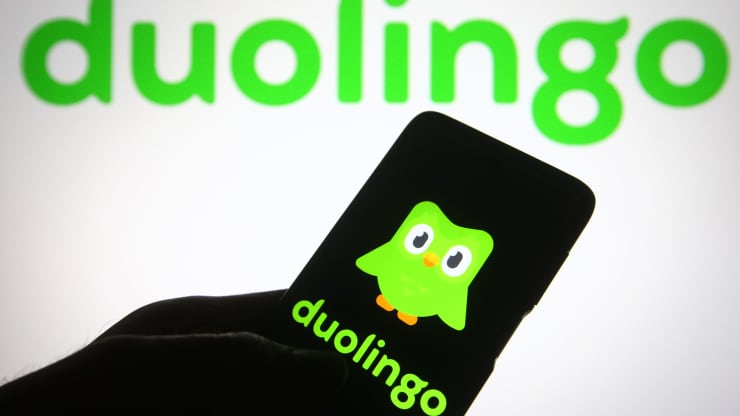 Duolingo offers 95 courses across 40 distinct languages — from the world’s most spoken, such as Spanish, French and Italian, to endangered languages like Hawaiian, Navajo and Scottish Gaelic.

What many don’t know is that the world’s most popular education app began as a computer science project for co-founders Severin Hacker and Luis von Ahn, teaching people foreign languages while trying to simultaneously translate the entire internet. Von Ahn was one of the developers behind the invention of CAPTCHA and ReCAPTCHA, which are used to distinguish humans from machines.

“We’re the most popular way to learn languages in the world,” co-founder and CEO Luis von Ahn said on CNBC’s “TechCheck” Wednesday morning before shares started trading. “We make the majority of our revenue through subscriptions.”