This week, in response to the FBI’s latest release of crime data showing that murders spiked across the country last year, many national news outlets published articles and opinion pieces suggesting the uptick was due, in part, to backlash over last summer’s protests against police violence.

There’s a name for this line of thinking: the Ferguson effect. It’s a criminological theory with a nasty half-life. After Michael Brown was killed by the Ferguson Police Department in 2014, law enforcement and criminologists falsely claimed that homicide rate increases could be attributed to police withdrawing from their duties after receiving public criticism and policy pushback for their brutal violence. Years after the theory was debunked, the idea persists under different names: “de-policing” or “police pullback.” Apply some light scrutiny to this widely cited theory, and it quickly falls apart.

A daily email update of the stories you need to read right now.

We encountered an issue signing you up. Please try again.
By signing up, you agree to ourPrivacy PolicyandTerms.

Thanks for signing up! You can manage your newsletter subscriptions at any time.

The Ferguson effect and its successor theories consist of two main claims. First, protests against police brutality cause police to stop doing their jobs, either because police are afraid of even the smallest forms of accountability for their violence or because they are simply thin-skinned and mercurial. (The latter is probably true. More on this later.) The second part of the theory says that when police stop doing their jobs, crime immediately begins to increase. This is where the theory goes off the rails.

It would be easy to prove that police pullback led to crime spikes—if it were true. But study after study has disproved the notion. After Eric Garner was killed by the New York Police Department in 2014, the NYPD responded to a wave of police brutality protests with a work slowdown. But unfortunately for the “de-policing” theory, reported crime actually decreased during the slowdown and shortly afterward. New York City is no outlier, either. Criminologist Richard Rosenfeld published a definitive nationwide study debunking the theory in 2019 and has written op-eds undermining it, signaling that he recognizes just how out of control the “de-policing” narrative has become.

Another major problem with the de-policing narrative, aside from being wrong, is that it can easily turn into victim-blaming. A recent Washington Post column highlighting the rise in murders sanctimoniously noted that “attacking the police in the name of racial justice … ends up harming the same people that police reform efforts intend to help.” In other words: Look what happens when you tell cops to stop killing you! More people die! 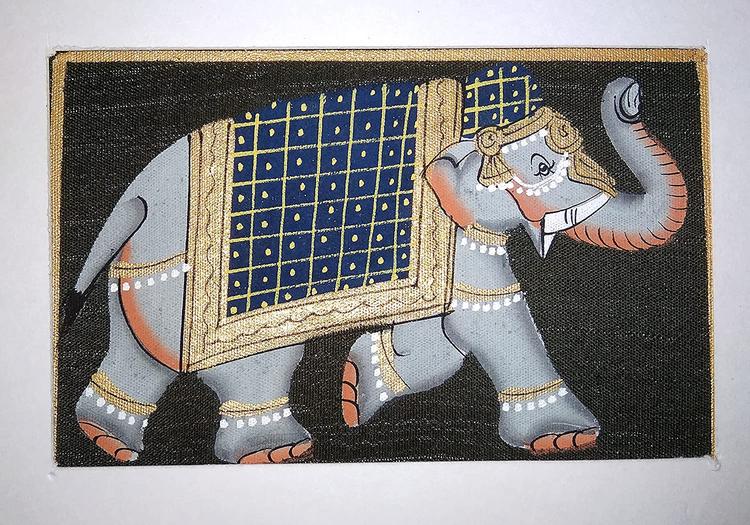 There is, however, a tiny kernel of truth buried inside the concern over de-policing. It’s likely that one of the largest protest movements in U.S. history led to increased distrust of the police. Liberal social scientists refer to this dynamic as “police legitimacy” or lack thereof, which in turn can lead to decreased crime reporting and decreased willingness to serve as witnesses in homicide investigations. (This theory was instrumental in the Obama administration’s ineffective procedural justice reforms, which drew justified criticism. Merely changing perceptions of police without changing policing itself is more like counterinsurgency than meaningful change.)

Regardless, the “police legitimacy” theory has some empirical support: A recent working paper found that George Floyd’s killing caused serious declines in crime reporting across eight cities. But that paper doesn’t claim that protests caused crime reporting declines. The truth of the matter is that policing makes people distrust police. And if it’s true that lower levels of trust in police cause crime (it’s certainly an open question), then police themselves would be to blame for the homicide spike—not defund advocates.

One thing is true: The protests in reaction to George Floyd’s murder made police officers all over America throw tantrums in unison. In 2020, police went beyond work slowdowns and acted out their retaliatory rage in the streets. Philadelphia cops tear-gassed a crowd of protesters trapped on a highway; New York City cops arrested hundreds of protesters and even targeted legal observers. At least eight people were blinded by “nonlethal” police projectiles in May 2020. (Is it surprising that people don’t trust cops after this?)

How is it possible that people who watched these tantrums on the news could still come away thinking that police should receive an enormous share of local public funds, wield weapons, enjoy legal immunity for their violence, and be (ostensibly) entrusted with maintaining public safety? What other profession could behave like this and come away unscathed? (Prosecutors, maybe?)

Police perceive calls to reduce their funding and the related protests as genuine threats to their power. This helps to explain why the “de-policing” theory gained traction in the first place. Linking rising crime to police pullbacks provides a justification to maintain or increase police power and resources; it’s designed to redirect the blame for gun violence from cops onto people protesting police violence. Notably, the term “Ferguson effect” was itself invented by the St. Louis police chief in 2014—effectively a police public relations ploy.

The theory also neatly reinforces the dominant narrative that police are the main cause of crime declines. De facto mayor-elect Eric Adams pushed this narrative in the New York Times Metro section during his campaign last year. It is politically useful for pro-police advocates when the public safety conversation is reduced to “defund protests harm police morale, which makes us less safe.” The “de-policing” frame allows police preservationists to cast any criticism of police—even the most milquetoast reform efforts—as an inherently dangerous project that will inevitably backfire and harm the marginalized communities who suffer most from both police and interpersonal violence.

Here’s the problem with this line of thinking: It draws attention away from important truths about interpersonal harm, like the fact that investing in low-income communities can reduce homicides, or the fact that gun violence is concentrated in deeply segregated neighborhoods. (Consider: Could segregation persist without policing?) Much of this violence is a result of policy choices; it’s structural. The continued neglect of communities that now suffer from high rates of gun violence—what abolitionist scholar Ruth Wilson Gilmore terms “organized abandonment”—is the very same political process that sent hundreds of thousands of Americans to prison and diverted public funds away from welfare in favor of policing.

In other words, the gun violence that Black communities experience today is a result of conscious political decisions—a decades- or even centuries-long effort to expose Black people to premature death.

It is no coincidence that the Ferguson effect returned to the national spotlight right as police abolition enjoyed what might have been its first moment in the sunlight over its generations-long history. In response to disciplined organizing against police power, police preservationists weaponized a pseudoscientific form of victim-blaming that portrays all interpersonal violence as a necessary result of police inaction or lack of capacity. Meanwhile, police enjoy the highest level of financial support, staffing, and technology in American history, which tells us that 2020’s homicide spike is unequivocally a result of the status quo.

The saddest part of this story is how quickly the “de-policing” narrative strategy succeeded. For a brief moment, national news media showed Americans a disturbing truth about the routine function of violence in police work. But before long, mainstream news outlets across the political spectrum drew attention away from the horrors of police violence by claiming that resistance to police brutality caused “de-policing” and the homicide spike along with it.

It will take years for researchers to understand the many causes of last year’s uptick in homicides: an unprecedented pandemic that shattered American society for months, a breakdown in the social safety net, an increase in gun purchases, public alienation following police brutality, and so on.

But in the meantime, we should all feel confident in calling the Ferguson effect and its newer iterations what they are: propaganda.