ASML's Berlin Factory Fire to Have Limited Impact on Production

AMSTERDAM (Reuters) -ASML Holding NV, a key supplier to computer chip makers, said on Friday that a fire at its Berlin factory would have a limited impact on production this year.

In a statement, ASML said that the Jan. 3 fire would not affect output or revenues for its DUV lithography systems. It said it was still determining what impact if any it would have on the delivery of its most advanced EUV systems.

ASML's lithography machines are a crucial piece of equipment needed by chip makers who are currently seeking to expand their production capacity to ease the global semiconductor shortage.

ASML shipment delays could have a ripple effect on those plans, but the company on Friday indicated the damage caused by the fire was mostly limited. 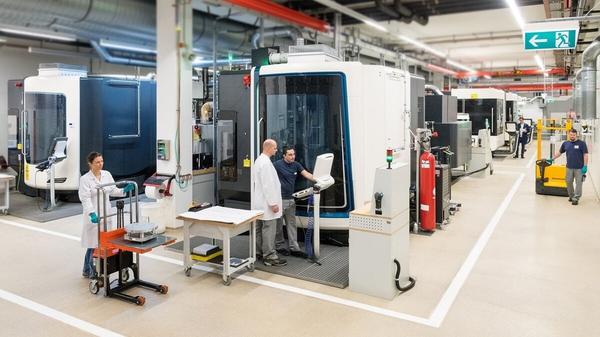 "We have been able to resume production in parts of these buildings already. The other buildings on the site have not been affected and are fully operational," ASML said.

For DUV machines, although the fire will disrupt some components "we expect to remediate this in such a way that it will not affect our output and revenue plan," ASML said.

For EUV machines, which are used to map out the circuitry of the world's most advanced computer chips, "the fire affected part of the production area of the wafer clamp" -- one module within the massive machines, which cost around $150 million apiece.

"We are still in the process of completing therecovery plan for this production area and determining how to minimise any potential impact for our EUV customers, both in our output plan and in our field service," the company said.

The fire was at the factory of the former Berliner Glas, a supplier which ASML acquired in 2020.

ASML said it would provide a further update on the fire and its possible impact at its fourth-quarter earnings on Jan. 19.

The Midterm Implications of Biden’s Pick