The omicron wave of the COVID-19 pandemic in Germany is unlikely to get out of control despite a huge increase in cases, Health Minister Karl Lauterbach said Friday.

"We currently have the omicron wave in Germany well under control," he told a news conference in Berlin, adding that the peak has not yet passed.

Lauterbach warned that Germany could see up to 400,000 cases per day in the coming weeks.

He said the government's goal remains to minimize the impact of the winter wave and protect millions of unvaccinated elderly people from being infected.

The president of the Robert Koch Institute (RKI) for disease control Lothar Wieler confirmed a massive rise in cases, but said "they are not rising nearly as sharply as they might under omicron."

As most Germans are adhering to the rules, Wieler said the country was "actually gaining time every day to allow many more people to get vaccinated."

How do Germans feel about a blanket COVID-vaccine mandate?

Germany has now recorded almost 120,000 COVID-related deaths in total, but well over half of these deaths were logged before February 2021, when vaccination had barely begun. Since then, Germany has logged more than three-quarters of all its recorded COVID cases but less than half of its deaths.

Here's the latest on coronavirus from around the world:

The BA.2 subtype of the omicron variant appears to have a substantial growth advantage over the earlier and predominant BA.1 type, according to data from Britain's disease control body.

The UK Health Security Agency said that there was an increased growth rate of BA.2 compared with BA.1 in all regions of England where there were enough cases to compare them, and that "the apparent growth advantage is currently substantial."

A separate analysis released by UKHSA on Friday showed that between November 24 and January 19, the majority of intensive care admissions from COVID had Delta infections, even as omicron was dominant in the country.

Pope Francis has denounced fake news about COVID-19 and blasted the "distortion of reality based on fear."

Francis met Friday with Catholic journalists who have formed a fact-checking network to try to combat misinformation about the pandemic. 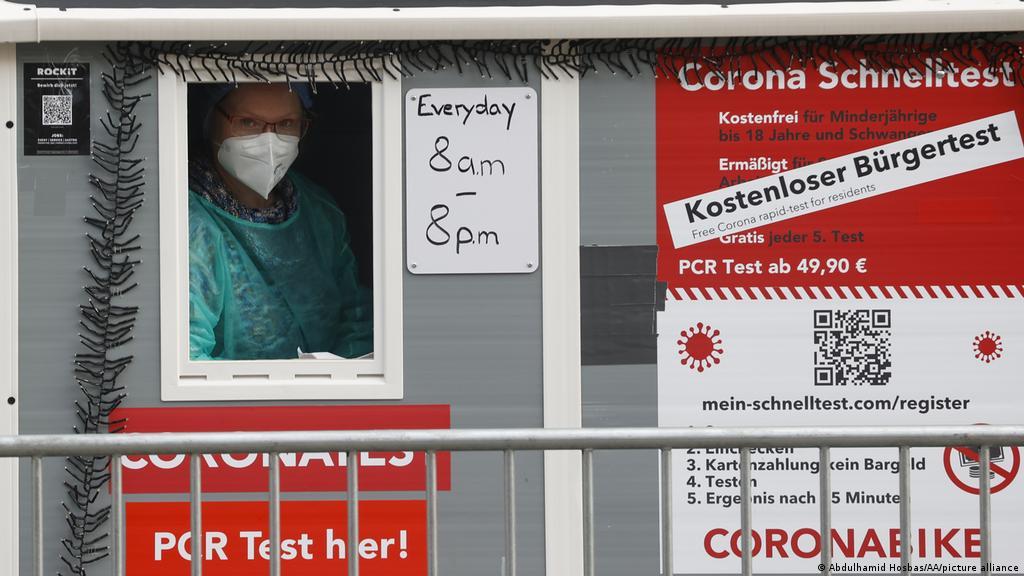 He said access to accurate information, based on scientific data, is a human right that must be guaranteed for those who are vulnerable to believing misinformation and commentary masquerading as fact online.

The pope's comments come despite, some Catholics, including some conservative US bishops and cardinals, claiming that vaccines based on research that used cells derived from aborted fetuses were immoral. They have refused to get the jabs.

The data evaluated the antiviral activity of the drug and other antiviral agents against coronavirus variants of concern.

However, molnupiravir is yet to be studied against omicron in human studies, the companies said.

Molnupiravir and a rival oral pill from Pfizer Inc were authorized in the US in December.

Omicron is driving the daily death toll higher in the United States than during last fall's delta wave.

The seven-day rolling average for daily new COVID 19 deaths reached 2,267 on Thursday, surpassing a September peak of 2,100 when delta was the dominant variant.

According to the COVID-19 Forecast Hub, almost every state will see a faster increase in deaths during the coming week, although deaths have peaked in New Jersey, Pennsylvania, Iowa, Maryland, Alaska, Georgia and a few others.

Omicron is estimated to account for nearly all the virus circulating in the nation. And even though it causes less severe disease for most people, the fact that it is more transmissible means more people are falling ill and dying.

''Omicron will push us over a million deaths,'' said Andrew Noymer, a public health professor at the University of California, Irvine. ''That will cause a lot of soul searching. There will be a lot of discussion about what we could have done differently, how many of the deaths were preventable.''

But she warned the public still needs to be prudent as hospitalizations were continuing to rise.

While the seven-day average case count dropped 28% as of Wednesday, compared with the week earlier, COVID hospitalizations continued to increase during the same period and over 1,200 patients were getting treated in intensive care units on average daily.

In Spain, Health Minister Carolina Darias says there are signs that the omicron wave in the country has peaked.

"Everything indicates that the curve of infections is falling," she said, citing an easing of pressure on the health system and a fall in the 7-day incidence rate.

Most of the 1.48 million people who tested positive over the past two weeks have shown no or only mild symptoms.

France has delayed high school exams needed to qualify for university by two months as the country continues to be hit by nearly 400,000 daily cases during the omicron wave

The tests will now be in mid-May, as opposed to their usual mid-March schedule.

The Education Ministry said the high number of people out sick would make the tests impossible to administer.

The change is designed to ensure that everyone has the same preparation time and, therefore, chances of passing.

Britain will start giving out Pfizer's COVID-19 pill to vulnerable people next month, targeting those with compromised immune systems for whom vaccines can be less effective.

The Health Ministry said that Paxlovid, a combination of Pfizer's pill with older antiviral ritonavir, will be made available to thousands of people from February 10.

"Trials have shown it can reduce hospitalization and risk of death by 88%, meaning we'll be in the best position to save thousands of lives," National Health Service medical director Stephen Powis said.

India has lifted a weekend curfew in the capital Delhi, allowing restaurants and marketplaces to reopen for the first time since the beginning of the month.

Under new rules, however, the city will remain under a nighttime curfew, and schools will be closed, Delhi's lieutenant governor said.

Restaurants, bars and cinemas will be allowed to operate with up to 50% capacity and the number of people at weddings will be restricted to 200. The Indian capital has been one of the worst hit in the third wave led by the omicron variant.

The Philippines will lift a ban on the entry of foreign tourists and business travelers next month after nearly two years.

Tourism Secretary Berna Romulo-Puyat said the country will reopen its doors to travelers from more than 150 countries with visa-free privileges starting February 10.

Foreign travelers will no longer be required to quarantine in government-designated centers upon arrival if they have been fully vaccinated and tested negative prior to arrival.

More than a million Filipinos lost their jobs when tourist arrivals plummeted and many popular beach and island resorts resembled ghost towns.

South Korea plans to add hundreds of small neighborhood hospitals and clinics amid a surge in omicron cases.

Experts say an omicron-driven surge could continue for five to eight weeks and push daily cases to over 100,000. Friday's 16,096 new cases were double the number reported at the start of the week.

Hong Kong says it will compensate pet shops trading in hamsters after ordering a cull on the rodents over fears they were spreading the virus.

The city's Agriculture, Fisheries and Conservation Department said it would offer a one-off payment of up to HK$30,000 (US$3,850) to shops affected by the culling.

Last week, authorities ordered more than 2,200 hamsters to be killed after tracing an outbreak to a worker in a shop where 11 hamsters tested positive.

Hong Kong has for months pursued a "zero-COVID" strategy, making it one of the most isolated major cities globally, with flights reduced by 90%.

Israel has signed a deal to buy 5 million doses of the Novavax COVID vaccine.

The Health Ministry said the doses will be an alternative for those who do not want a vaccine that uses messenger RNA (mRNA) technology as used in the BioNTech-Pfizer and Moderna versions.

Novavax's vaccine has been approved by regulators in Europe and is still being examined by the US Food and Drug Administration.