Grichka and Igor Bogdanoff became France's most famous twins, hosting a TV science and science-fiction show in the 1980s on a spaceship set.

They died of coronavirus within days of each other in hospital, Grichka on 28 December and his brother on Monday.

Aged 72, the brothers had not been vaccinated against Covid-19.

Their friends said they were convinced their healthy lifestyle would protect them and they were admitted to hospital in mid-December.

Although their families did not specify the cause of their deaths, their lawyer Edouard de Lamaze confirmed they had both contracted the virus.

Family friend Pierre-Jean Chalençon said they had left it too late to seek hospital treatment, deciding it was similar to flu. "People have said they were anti-vaxxers but they absolutely weren't," he told BFMTV. "Several friends told them to get themselves vaccinated but they felt because of their lifestyle and their [lack of] comorbidity, they weren't at risk of Covid."

The Bogdanoff brothers were a pair of eccentrics, descended from Austrian nobility.

Feted for their initial Saturday afternoon TV programme Temps X which ran from 1979, they were synonymous for years with popular science and were part of public life for the rest of their lives. 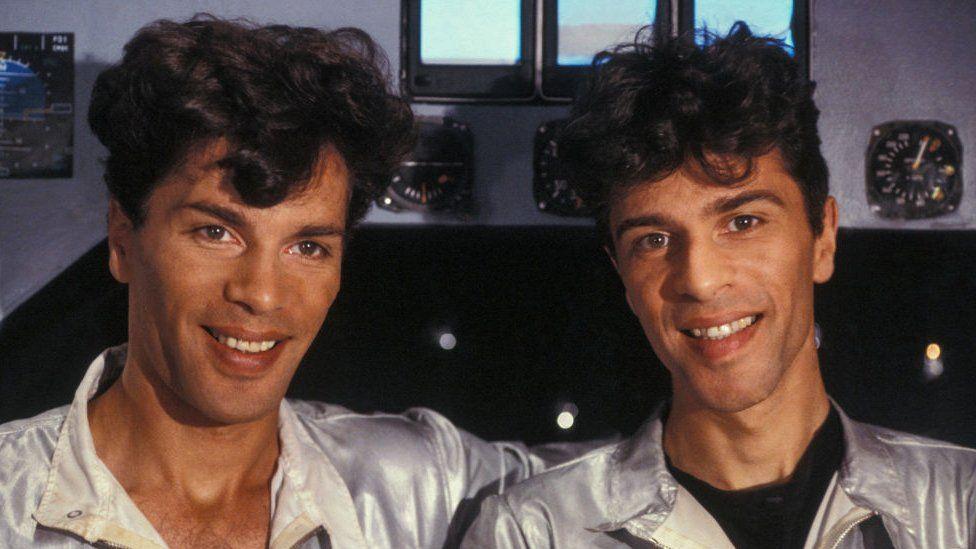 Their programme on TF1 was for years seen in some ways as highlighting cutting-edge technology, according to Le Monde, which described them as icons from a kitsch period of culture. Temps X showcased other TV shows such as Doctor Who, The Prisoner and Star Trek, with guests including electronic music pioneer Jean-Michel Jarre.

However, when the TV channel went private in 1987, they were dropped.

During the 1990s their facial features changed dramatically, leaving them with odd-looking chins, lips and cheek-bones. "We are proud of having faces like extra-terrestrials," they once said.

Grichka Bogdanoff was adamant that they had never had "what people call cosmetic surgery", insisting that he and his brother were experimental by nature and had tried out very advanced technology.

That was contradicted by their friend, former education minister Luc Ferry, who said they had both had Botox injections.

The brothers later tried their hands at academic work, writing doctoral theses in mathematics and theoretical physics which were both panned by their peers.

Ridiculed by sections of French media, they won a 2014 court case for defamation before losing a lawsuit against the French National Centre for Scientific Research.

Asked why they had chosen not to have the Covid vaccines if they were not themselves anti-vaxxers, Luc Ferry said on Monday: "Like Igor, Grichka wasn't antivax, he was just antivax for himself.

"They were both athletic, with not an inch of fat, and they thought the vaccine was more dangerous than the virus."

Before they were admitted to hospital, the twins had been working on a pilot project to resurrect their old TV show, again set on a spaceship and planned for broadcast on another channel in the near future.

In a statement on Monday, Igor Bogdanoff's family said he had "gone towards the light", surrounded by his children and family.