Summary Financial Results Table (in thousands, except per share amounts)

Lee-Lean Shu, Chairman and Chief Executive Officer, commented, “Our third quarter revenue grew 19% year-over-year due to increased orders from our SRAM customer base, including network and telecom, military and defense, as well as automotive, medical and test and measurement sectors. The increase in orders from other customers offset the lower orders from Nokia in the quarter. Gross margin improved by 800 basis points year-over-year, reflecting our ability to manage our near-term supply chain challenges and increased costs. In the third quarter, we continued to advance the documentation for our compiler stack and expand our software libraries and algorithms for various APU applications.

"At the end of calendar 2021, we announced that GSI was among the leaders in the Billion-Scale Approximate Nearest Neighbor Search (ANNS) Challenge held by NeurIPS for their 2021 conference,” continued Shu. “We were gratified to see that our APU technology and software performed on-par with the industry leaders, who have a broader set of resources from which to draw upon than we do. These contests are important tools for raising GSI’s profile, highlighting our capabilities, and increasing awareness of the APU technology. Our first-place win in the MAFAT challenge last year resulted in our introduction to IAI/Elta, who engaged with GSI to develop a SAR image processing acceleration system using the APU and our software.”

Mr. Shu continued, “The GSI team continues to build the sales pipeline and our Proof of Concept (POC) activity for the APU is increasing. In addition to the IAI/Elta SAR imaging project, we are in discussions with several organizations to engage in POCs for a variety of search application use-cases. Examples of on-going or expected engagements include indexing medical images and text, encrypted communications, and natural language processing (NLP). A prime contractor is interested in testing a board for military and defense applications, and we have a government agency considering the APU for object detection and facial recognition. We anticipate that some of these POCs would move to design-wins and then eventually to production.”

As part of GSI developing its strategy for the artificial intelligence (AI) and high-performance computing (HPC) markets, we will be releasing an APU Compiler Stack in February 2022. With this release, GSI will deliver an environment for software and AI developers to write full HPC applications using the C language with function calls to GSI’s rich vector math library (GVML), for our Leda-E and Leda-S PCIe cards. The release will include example applications and training materials. Customers wanting to differentiate further with their own algorithms can edit our collection of hundreds of vector library functions, or develop their own vector library functions in Python using our low level Belex stack product.

To help build our APU sales pipeline, GSI will introduce a series of training seminars to support the customization of our APIs for specific applications. The APU technology is available in a variety of formats, including a full-size PCIe board for enterprise and edge server applications to provide tens of millions of vector search capacity per card that is scalable for linear capacity increases. The technology is also available in a E1.L form factor in a stand-alone product, and a very high-density 1U server configuration containing 16 cards and an unprecedented enterprise capacity for mobile, edge, and space-sensitive and power critical applications. The hardware capability can also function as a cloud-based Accelerator-as-a-Service, including OpenSearch function enhancement.

“Achieving the APU Compiler Stack milestone should accelerate customer adoption of our ground-breaking technology that can both offer enterprise AI capacity and bring that capability to stand-alone servers at the edge,” stated Mr. Shu. “The GSI team has been busy creating low-level coded APIs for search workloads such as image indexing, object recognition, natural language processing, and HPC workloads such as real-time SAR, ATR, and signal classification. We can support service acceleration such as NoSQL, OpenSearch ANN, and multi-modal searches. The APU environment is a powerful tool for researchers and developers that promises to significantly expand the market application of our non-Von-Neumann processor.”

Commenting on the outlook for GSI’s fourth quarter of fiscal 2022, Mr. Shu stated, “The impact of the supply chain constraints is having an impact on our ability to fulfill all of our orders. While there has been some improvement, the situation remains fluid, and we do not expect significant relief from these constraints before the end of calendar year 2022. Given these constraints, current expectations for the upcoming fiscal fourth quarter are net revenues in a range of $7.5 million to $8.5 million, with gross margin of approximately 54% to 56%. 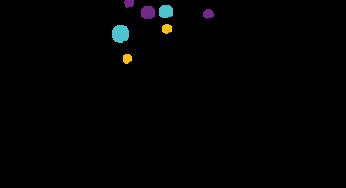 GSI Technology will review its financial results for the quarter ended December 31, 2021 and discuss its current business outlook during a conference call at 1:30 p.m. Pacific (4:30 p.m. Eastern) today, January 27, 2022. To listen to the teleconference, please call toll-free 1-877-407-3982 approximately 10 minutes prior to the above start time and provide Conference ID 13726310. You may also listen to the teleconference live via the Internet at www.gsitechnology.com, where it will be archived.

The statements contained in this press release that are not purely historical are forward-looking statements within the meaning of Section 21E of the Securities Exchange Act of 1934, as amended, including statements regarding GSI Technology’s expectations, beliefs, intentions, or strategies regarding the future. All forward-looking statements included in this press release are based upon information available to GSI Technology as of the date hereof, and GSI Technology assumes no obligation to update any such forward-looking statements. Forward-looking statements involve a variety of risks and uncertainties, which could cause actual results to differ materially from those projected. These risks include those associated with the normal quarterly and fiscal year-end closing process. Examples of risks that could affect our current expectations regarding future revenues and gross margins include those associated with fluctuations in GSI Technology’s operating results; GSI Technology’s historical dependence on sales to a limited number of customers and fluctuations in the mix of customers and products in any period; global public health crises that reduce economic activity (including the ongoing COVID-19 global pandemic and the governmental and regulatory actions relating thereto); the rapidly evolving markets for GSI Technology’s products and uncertainty regarding the development of these markets; the need to develop and introduce new products to offset the historical decline in the average unit selling price of GSI Technology’s products; the challenges of rapid growth followed by periods of contraction; intensive competition; and delays or unanticipated costs that may be encountered in the development of new products based on our in-place associative computing technology and the establishment of new markets and customer relationships for the sale of such products. Many of these risks are currently amplified by and will continue to be amplified by, or in the future may be amplified by, the COVID-19 global pandemic. Further information regarding these and other risks relating to GSI Technology’s business is contained in the Company’s filings with the Securities and Exchange Commission, including those factors discussed under the caption “Risk Factors” in such filings.