As 5G networks rolled out across the country last week, not everyone was focused on the prospect of faster mobile Internet communication speeds. Airlines warned that the new telecommunications standard could interfere with their instruments; this led to flight cancellations and delays. When service providers promised to postpone the deployment of 5G in the areas around some airports, the conflict was temporarily resolved. Keeping the communication bands near airports clear buys time for the aviation industry, telecommunication companies and government regulators to work out a safe protocol for the future use of 5G. They know it can be done—because other countries have already done it.

“Their concern is a valid concern that has been raised and handled, actually, in the European Union,” says Theresa Payton, CEO of the cybersecurity consulting company Fortalice Solutions and former White House chief information officer. Payton spoke with Scientific American about how European airports dealt with 5G and what the U.S. needs to do to enjoy the new technology while keeping flights safe and efficient.

[An edited transcript of the interview follows.]

Why did airlines have a problem with the rollout of 5G?

The concern relates to older instrumentation—in many cases, we’re talking about the altimeters. The altimeters are very important when you’re taking off and landing because they can help be the eyes of the pilot and the copilot. A lot of times, the altimeter is used to gauge when you hit the brakes, how hard you hit the brakes, landing gear deployment, landing gear going up. So it’s an important piece of equipment. And some of the older altimeters have a communications conflict with some of the bandwidth—not all of it—of 5G.

How did European countries deal with this? 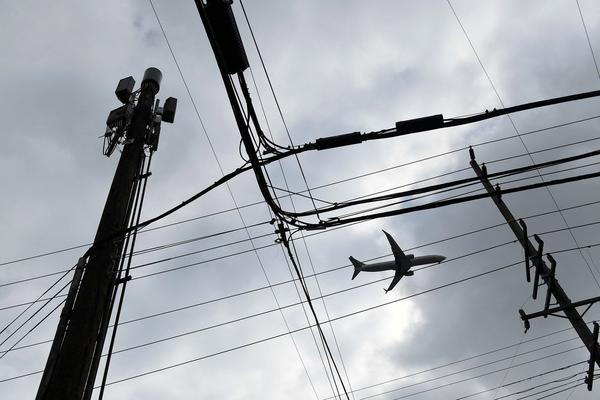 Europe is ahead of us on its 5G rollout. What we’ve seen in Europe is that airlines and 5G companies have worked through protocols where, around airports, they have something called a buffer zone where the cell towers operate at a lower power. They also create a protective band of frequency for the 5G, a bandwidth where 5G shouldn’t be operating and, for the most part, an altimeter shouldn’t be operating. Some of the other things France has done is, within that buffer zone, it has actually had 5G dishes and antennas pointing downward to again try to really counterbalance any signal interference that can happen.

How long have experts in the U.S. been aware of this issue?

The CEOs of Airbus and Boeing—so this isn’t even at the airlines level, this is at the manufacturer level—in December 2021 were so concerned that they sent a letter to Secretary of Transportation Pete Buttigieg stating that they had questions and they were seeking answers. They were looking for these mitigating controls to be agreed to, similar to what they had seen overseas. So I’m not sure if those concerns in that letter didn’t get [fully] addressed, and that’s why people like you and me are hearing from the airlines [now]. I have seen where airlines have responded saying, “Well, then we’re not going to fly international flights, as it relates to planes that we believe have equipment that could be at risk.”

As somebody who’s flown the world, the U.S. air traffic map and aviation logistics are [the most] complex in the world. The U.S. also has one of the best safety records in the world. And you don’t come by that by accident. So it could be that the long game was being played here, and everybody is being overly cautious, because no one wants to be the one to say, “Forge ahead—let’s not wait for all the data” and ... have some type of a horrible catastrophe that could have been avoided. So, yes, other countries are ahead of us on 5G. Yes, other countries haven’t reported an issue. But they don’t fly with the same complexity and intensity that we do, and they don’t all necessarily have the same safety and security record that we do.

What are 5G providers and airlines doing to fix this problem in the U.S.? I know the 5G rollout was delayed near about 50 airports.

The 5G standard has a lot of bandwidth to it—which is why it allows us to have many more devices connected to it than 3G and 4G and why it allows a lot more speeds and why, for example, your phone will be able to do a lot more on a 5G network. It has its own radio spectrum, and so the [U.S. Federal Communications Commission], which controls radio spectrums, actually created something they called a “C-band” within the 5G spectrum. That could be used near air traffic, military bases and other areas where there could be these collisions and conflicts of communications across different types of devices competing for bandwidth.

I live near one of the biggest airports in the U.S., which is in Charlotte, N.C. What I have heard is that [Charlotte Douglas International Airport and other major airports] announced that they would have a buffer zone. It’s not ideal because you’re throttling 5G around the airport. But it gives everybody time to think through the sunset and replacement strategy for older altimeters. It gives everybody more time to think through more permanent fixes—because 5G is not going to be the last generation of technology; there’s already discussions around 6G in the labs. So this has to be solved, and it has to be resolved.

What needs to be done?

My advice would be—as somebody who has had to roll out very complex systems integrations and roll out cutting-edge technology while having to account for older technology that’s close to sunset or should be retired soon, but for whatever reason, it can’t be—there’s a way to get through this that’s effective and efficient. First of all, let’s get all the decision-makers together. And let’s not limit ourselves to commercial aviation. We should be asking military aviation, “Do you have concerns?” I’m assuming France and other countries in Europe have white papers where they tested the 5G bandwidth, buffer zone, and older altimeters and came up with findings around where there are issues. And then, lastly, after addressing those issues, there’s probably a training or retraining effort that has to happen around [pilots and copilots] on what to do in case [5G interferes with the altimeter]. The airlines are going to have to figure out a sunset policy, eventually, for these older altimeters, which is also going to create the next round of training that needs to happen.

The good news is that we do have partners globally who can share with us their lessons learned. And we can pull this forward. Even though we’re more complex and very concerned about our safety record, we can still pull all those learnings forward and come up with a great outcome here. But it is going to take making this a priority.