A television camera is seen in silhouette standing in front of "Autoglyph #177", a non-fungible token (NFT), and "CryptoPunk #7523", a series of 10,000 unique pixel-art characters made by Larva Labs in 2017, during a media preview for the "Natively Digital: A Curated NFT Sale" auction at Sotheby's in New York City, U.S., June 4, 2021. REUTERS/Shannon StapletonReuters

OpenSea, which was founded in 2017 and was recently valued at $13.3 billion in its latest round of venture funding, said the deal would help it "dramatically improve the experience of buying, minting, and selling NFTs" on its marketplace. 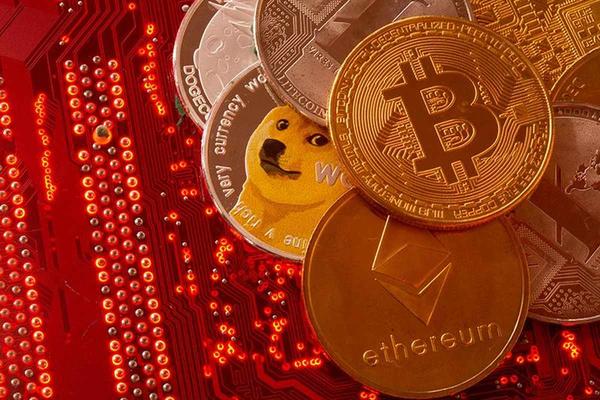 NFTs, or non-fungible tokens, are a type of digital asset which exist on the record-keeping technology blockchain. They have exploded in popularity over the last year, with people buying artworks and video highlights from sports games as NFTs.

Sales of NFTs reached some $25 billion in 2021, according to data from market tracker DappRadar, although there were signs of growth slowing toward the end of the year.

OpenSea declined to share the financial terms of the deal. Axios, which reported the talks, said Dharma Labs has raised about $15 million in funding. Research firm Crunchbase's data said it has raised $7.1 million.

"web3" is a broad term used to describe a decentralized next phase of the internet run on blockchains, where users would have ownership stakes in platforms.

"In 2021, NFTs exploded into the mainstream consciousness in a way few could have imagined, and OpenSea grew almost 1000x practically overnight," Hollander said in a statement. "We now have the historic opportunity to build a truly generational product. I'm excited to focus on scaling OpenSea's tech to meet the reliability, performance, and uptime benchmarks its users expect and deserve."

OpenSea said Dharma Labs' app would be shutting down.