Quantum computers are a million times too small to hack bitcoin

Quantum computers would need to become about a million times larger than they are today in order to break the algorithm that secures bitcoin, which would put the cryptocurrency at risk from hackers.

The bitcoin network is kept secure by computers known as miners that use a cryptographic algorithm called SHA-256, which was created by the US National Security Agency. Breaking this code is essentially impossible for ordinary computers, but quantum computers, which can exploit the properties of quantum physics to speed up some calculations, could theoretically crack it open.

Now Mark Webber at the University of Sussex, UK, and his colleagues have investigated how large a quantum computer you would need to break bitcoin, in terms of the number of qubits, or quantum bits, the equivalent of ordinary computing bits.

Every bitcoin transaction must be “confirmed” by the network of miners before it is added to the blockchain, the immutable ledger of who owns what. Each transaction is assigned a cryptographic key during this confirmation process, and cracking the key would allow you to take ownership of those bitcoins. 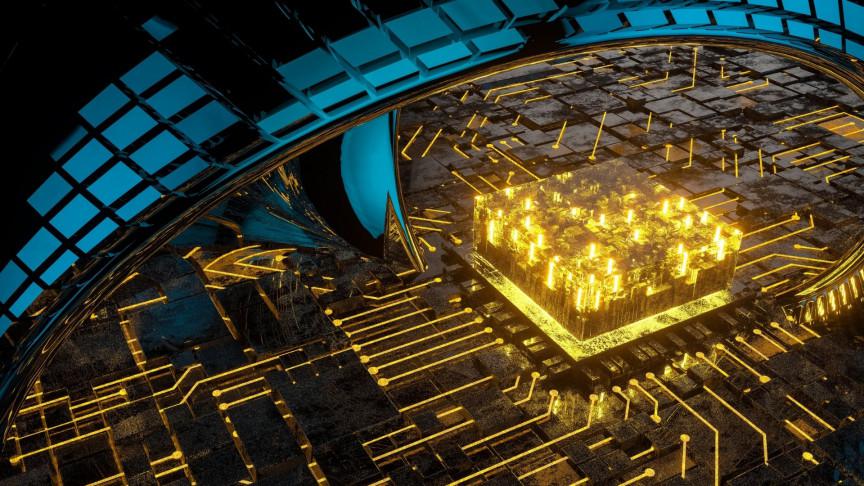 “The transactions get announced and there’s a key associated with that transaction,” says Webber. “And there’s a finite window of time that that key is vulnerable and that varies, but it’s usually around 10 minutes to an hour, maybe a day.”

This is reassuring news for bitcoin owners because current machines have only a tiny fraction of this – IBM’s record-breaking superconducting quantum computer has only 127 qubits, so devices would need to become a million times larger to threaten the cryptocurrency, something Webber says is unlikely to happen for a decade.

Although bitcoin is secure for the foreseeable future, there are concerns about other encrypted data with a much wider window of vulnerability. An encrypted email sent today can be harvested, stored and decrypted in the future once a quantum computer is available – a so-called “harvest now, decrypt later” attack, which some security experts believe is already happening.

“People are already worried because you can save encrypted messages right now and decrypt them in the future,” says Webber. “So there’s a big concern we need to urgently change our encryption techniques, because in the future, they’re not secure.”

More on these topics: