Regulation Meets Technology in 2022 as FinTech, BigTech and Crypto Prep for New Rules

For the last five to 10 years, technology has changed many aspects of our lives, from the way we do banking to how we move in a city or how we communicate. These innovations have a few features in common: they rely on new or recent technology (i.e. blockchain, online platforms), companies provide countrywide or worldwide access almost instantly (i.e. Uber, Stripe) and they are rapidly adopted by consumers.

The fast deployment of these innovations has created regulatory gaps as technology moves much faster than regulation. Most of these technological advances are only partially regulated, if at all, and regulators have started to raise concerns.

Surprisingly, most of the regulators worldwide seem to have chosen 2022 as the year when regulation should catch up with technology. In the list below, TechREG summarizes the main regulatory initiatives that Europe, the U.S., the U.K. and Australia are expected to adopt in FinTech, crypto, online platforms and the gig economy. These are four areas where TechREG predicts a big regulatory move in 2022, but they are not the only ones. Cross-sectional topics such as privacy, digital identity and artificial intelligence are also likely to receive significant attention by regulators in the next months.

FinTech isn’t new, and neither is its regulation. However, there are three areas in FinTech where regulators may be poised to act in 2022 either to promote competition or to protect consumers: 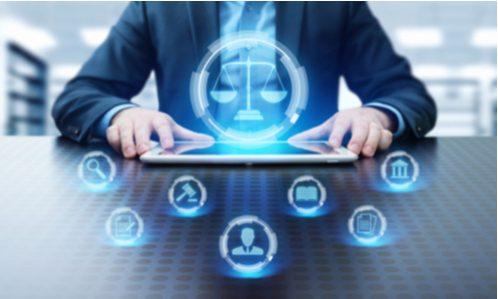 Apple, Facebook, Google and Amazon.com aren’t new to regulatory debates, but 2022 may be the year where they see parliaments around the world coming up with the next legislation that may affect their core businesses.

After many years analyzing how these platforms work, regulators and policymakers feel confident enough to design regulations that will put an end to some of the practices that are considered anticompetitive.

Europe will likely adopt in 2022 the Digital Markets Act and the Digital Services act, laying down clear rules about what big tech companies can and cannot do. The U.K. will formally launch its Digital Markets Unit and publish a code of conduct that Big Tech companies will have to observe. The U.K. is also working on new legislation to regulate hate speech and harmful content online.

The U.S., under the Biden administration, may also propose new legislation to impose certain limits on what the companies can do. While passing new legislation in Congress isn't a given, there may be enough consensus to agree on a minimum. A more difficult area to regulate, but one that may still be debated, is the liability exemption provided to Internet firms by section 230 for the content posted on these platforms.

Cryptocurrencies and digital assets may also be subject to regulation in many countries in 2022. Unlike the previous two areas where regulators and policymakers have significant experience — gained through enforcement or regulation — here there is a sense of urgency or FOMO (fear of missing out) that in some instances seems unwarranted.

The approach to be taken differs among countries. The U.S. announced in 2021 that it will publish some guidelines in 2022 in relation to some of the crypto activities like trading, custody or central bank digital currency (CBDC), but it fell short of saying what type of legal instrument it will use.

Europe has already started its legislative process to have its own regulation for crypto assets and other digital assets (also known as MiCA). The European Central Bank is also exploring the possibility of creating a digital euro. Australia will also look at certain activities related to cryptocurrencies and CBDCs in 2022 as part of its payment reform.

The gig economy differs from other areas because the main concerns don't stem from the company-consumer relationship, but from a labor perspective. Regulators are wary that workers' rights may have been diminished and artificial intelligence or machine learning may exacerbate this problem.

The European Union was the first region to propose new legislation in 2021 to regulate workers’ rights in labor platforms, which will be debated in 2022 and probably adopted by year-end. The U.K. has relied so far on the judiciary to decide what type of working relationship exists between a worker and a platform, but regulation may also be debated in 2022. Even in the U.S., a federal agency launched a consultation in December 2021 to explore what is the right working standard for gig workers.

NEW PYMNTS DATA: 70% OF BNPL USERS WOULD USE BANK INSTALLMENT OPTIONS, IF AVAILABLE

About: Seventy percent of BNPL users say they’d rather use installment plans offered by their banks — if only they were made available. PYMNTS’ Banking On Buy Now, Pay Later: Installment Payments And FIs’ Untapped Opportunity, surveyed more than 2,200 U.S. consumers to better understand how consumers view banks as BNPL providers in a sea of BNPL pure-plays.