Senior U.S. Official to Visit Lithuania in Show of Support Over Chinese 'Coercion'

WASHINGTON (Reuters) - A senior U.S. official will visit Lithuania next week to discuss enhancing economic cooperation with the small Baltic nation, which has faced pressure from China for boosting ties with Taiwan.

Under Secretary for Economic Growth, Energy and the Environment Jose Fernandez will be in Vilnius from Sunday to Tuesday, and in Brussels from Wednesday to Friday, where he will also discuss efforts to counter economic "coercion" with EU officials, the State Department said in a statement.

In Vilnius, he will discuss bilateral economic cooperation, and U.S. "strong support for Lithuania in the face of political pressure and economic coercion from the People’s Republic of China," the statement said.

Fernandez will be accompanied by U.S. Export-Import Bank officials to discuss implementation of a $600 million memorandum of understanding to expand opportunities for U.S. exporters and Lithuanian buyers in areas such as high-tech manufacturing, business services and renewable energy, according to the statement. 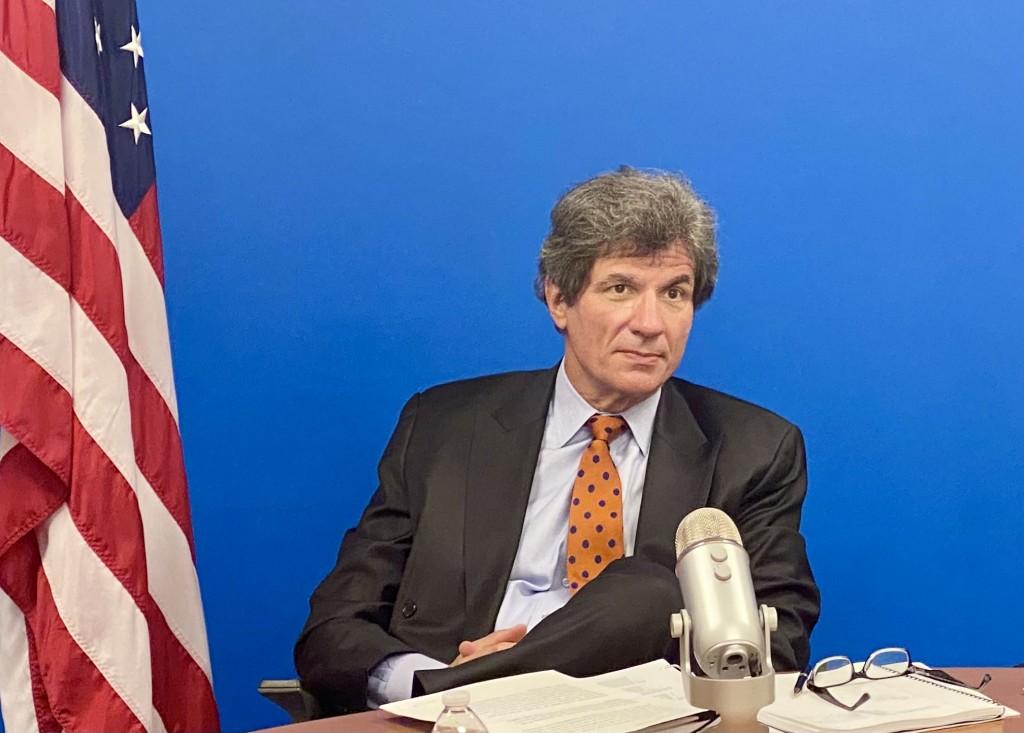 In Brussels, Fernandez will discuss transatlantic trade and investment through the U.S.-EU Trade and Technology Council, the statement said.

The United States, which is seeking to push back against growing Chinese influence worldwide, has backed Lithuania in its dispute with China over Taiwan, a self-ruled island Beijing claims as its own.

China downgraded its diplomatic relationship with Lithuania and pressed multinationals to sever ties with the country after Taiwan opened a representative office in Vilnius last year called the Taiwanese Representative Office in Lithuania, rather than using the word Taipei as is more common.

EU authorities launched a challenge at the World Trade Organization (WTO) on Thursday, accusing China of discriminatory trade practices against EU member Lithuania that they say threaten the integrity of the bloc's single market.

Lithuania's Foreign Ministry said on Thursday it hopes its trade dispute with China will be solved with consultations between China and the EU.

"Our country will work with other like-minded partners such as Lithuania and the EU to prevent China from using coercive economic and diplomatic measures, to maintain a rules-based international trading system," it added in a statement.

The Midterm Implications of Biden’s Pick