Shortly after Silicon Valley sent him to Washington, Ro Khanna visited “Silicon Holler”, a name coined by a colleague, Hal Rogers, for the fledgling tech sector in eastern Kentucky.

The two congressmen’s districts had little in common. Khanna’s was among the wealthiest, most diverse and most Democratic. Rogers’ was among the poorest, whitest and most Republican.

But when he visited Rogers’ district, in once-prosperous coal country, the California Democrat did not meet with resentment. Desire to participate in the digital revolution was there. Only opportunity was lacking.

“In my district, young people wake up optimistic about the future – there’s $11tn in market value in the district and surrounding areas,” Khanna said.

“But for many working-class Americans, across the country, globalization has not worked. It’s meant jobs going offshore. It’s meant the shuttering of communities and it’s meant that their kids have to leave their hometowns.

“We need to figure out how to bring economic opportunity for the modern economy to these communities that have been left out.”

In his new book, Dignity in a Digital Age, Khanna lays out his vision for democratizing the digital economy. He wants the tech industry to expand to places like Paintsville, Kentucky, and Jefferson, Iowa, where the Guardian watched him make his case.

Khanna is an intellectual property lawyer who taught economics at Stanford before serving as the congressman for California’s 17th district, home to companies like Apple and Intel. The top contributors to his most recent campaign were employees of Alphabet, Google’s parent company.

And yet Khanna is a member of the Congressional Antitrust Caucus and was a co-chair of Bernie Sanders’ 2020 presidential campaign. He says tech companies must be held accountable for harm, and has backed regulatory and privacy reforms.

Two senators, Amy Klobuchar, a Minnesota Democrat, and Chuck Grassley, an Iowa Republican, have introduced legislation to stop tech platforms disadvantaging smaller rivals. Khanna calls it a “promising” start. Despite fierce opposition from large tech companies, the American Innovation and Choice Online Act was voted out of committee this month on a bipartisan vote, 16–6.

A House committee passed a version of the bill last year. Khanna, however, was critical of that effort, warning that the language was imprecise and could have unintended consequences. His nuanced views on tech and its impact on the economy and democracy have helped make him a rare figure in Washington and Silicon Valley, taken seriously by politicos and entrepreneurs alike.

“You can’t just have the tools of antitrust and think, ‘OK, now we’re going to have jobs in Youngstown or jobs in New Albany,’” Khanna said. “You want to have antitrust so new competitors can emerge but then you also need a strategy for getting jobs into these communities.”

Khanna says Silicon Valley has a responsibility to address inequality it helped create. Tech companies would benefit, he argues, from a diversity of talent and lower costs of living. Such a shift, he says, would help revitalize communities devastated by the decline of manufacturing and construction, and by automation and outsourcing, thereby allowing young people to find good jobs without leaving their home towns.

For years, Khanna said, the notion met resistance. But millions have transitioned to remote work during the coronavirus pandemic, pushing tech companies to embrace changing practices. He says he has gone from “swimming against the tide” to “skiing down the mountain”, so much so that an industry friend said he had put into practice many of the ideas Khanna outlines in his book. 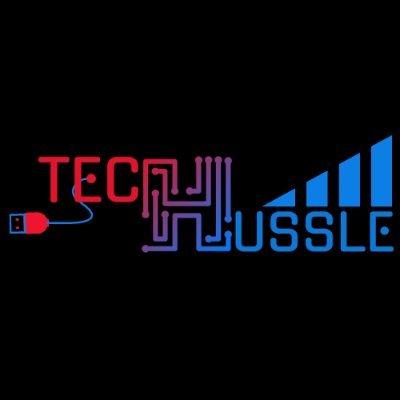 “It’s amazing how people go from, ‘It’s impossible’ to ‘It’s already been done’ as if there are no steps in between,” Khanna said. “The truth is, it’s not impossible, but it hasn’t already been done. My book is sort of an accelerant for what is now taking place.”

Early in the pandemic, tech workers fled San Francisco for smaller cities in neighboring states. While the transplants brought new business and wealth, in some places they widened wage gaps and drove up real-estate prices. Growth has to be planned, Khanna says.

“It’s important to learn some of the lessons and the mistakes of the Valley. There has to be more housing supply, there has to be proper conditions for workers and fair wages so you don’t have the stark inequality that you see in Silicon Valley, where you have, in certain communities, 50% of people’s income going to rent because rents are so high.”

“Just having good economic empowerment and prosperity for rural Americans, for Black Americans, for Latino Americans is not a silver bullet for becoming a multiracial, multi-ethnic democracy,” he said. “But it could be a starting point.”

He has called for billions in federal investments in research, manufacturing and workforce development; building tech hubs that emphasize regional expertise, such as a hub in eastern Washington state to focus on lumber technology; providing tax incentives for federal contractors who employ workers in rural areas; underwriting training programs at historically black colleges; and expanding Stem (science, technology, engineering and mathematics) in public schools.

Such ideas have captured the attention of Joe Biden’s White House, as it looks to expand opportunity at home and counter China abroad.

This week, House Democrats turned to a bill that aims to make the US more competitive with China by strengthening technology, manufacturing and research, including incentives for producing computer chips, which are in short supply.

The plan incorporates key planks of Khanna’s Endless Frontier Act, including the establishment of a Directorate for Science and Engineering Solutions. A similar measure passed the Senate with unusual bipartisan support last year but House Republicans seem less amenable.

“We need to produce things in this country, including technology, and have the supply chains here,” Khanna said. “Everyone now recognizes that it’s a huge challenge for America to have semiconductors produced in Taiwan and South Korea. With the shipping costs and the disruption with Covid, it has created huge challenges in America from manufacturing cars to making electronics.”

‘Can we get more Republicans?’

With much of the Democrats’ agenda stalled, Khanna believes the new bill can provide a second major bipartisan accomplishment for the party to tout in a difficult midterms campaign.

“Can we get more Republicans than voted for the infrastructure bill?” Khanna said, recalling 13 who crossed the aisle. “That’s the barometer.”

Khanna, who is also a deputy whip for the Congressional Progressive Caucus, said Democrats must be ready to accept a less ambitious version of Biden’s Build Back Better domestic spending plan. That is in limbo after Joe Manchin – a senator from West Virginia, the kind of state to which Khanna wants to bring tech jobs – announced his opposition.

“A big pillar of [the spending plan] should be climate,” Khanna said, “and then let’s get a couple more things that can get support from Senator Manchin, like establishing universal pre-K and expanding Medicaid.”

When it comes to combatting climate change and easing child and healthcare costs, he said, “something is certainly better than nothing”.