Localização： Casa / Tecnologia / Sowing the next agricultural revolution: how technology is transforming farming

Sowing the next agricultural revolution: how technology is transforming farming

In the future, it might just take one person to handily operate a farm — and they wouldn’t even break a sweat. While the robots and autonomous tractors plow, plant and pick out in the fields or in the vertical farm, the farmer could oversee the operation from a control centre, meticulously fine-tuning everything from the light to the heat as data flows in from various sources.

Far-fetched? Not so much, says David Guthrie, national agribusiness leader at KPMG. “Intriguing new innovations in agriculture tech (agtech) are coming online that aim to address some of agriculture’s biggest challenges,” says Guthrie. And those challenges, he adds, keep mounting.

There’s the pressing issue of finding qualified labour. Then there are rising input costs — which current geopolitical events will likely continue to intensify. “The costs of just running a business are going up — and it’s not at the general inflation rate of five per cent,” Guthrie says. “In some cases of fertilizer, for example, it’s 50 per cent or higher. That’s really tough to plan for.”

Climate-related events — flooding, heat domes, drought, fires — are even harder to prepare for, and they exact a toll on food production, right when we need to increase yields while also reducing our carbon footprint.

“Our planet is experiencing a significant paradox,” says Mohammed Ashour, co-founder and CEO of London, Ont.-based Aspire. “On the one hand, it’s rapidly growing in both population and appetite. On the other, it’s shrinking in resources.” This problem, he adds, presents an opportunity for companies to come up with ways to produce more food using less.

Which makes technology the ideal partner for agriculture.

Agtech has been growing exponentially, and as a KPMG report notes, is on course to be a $729.5-billion (U.S.) industry by 2025. In Canada alone, there are more than 166 startups focused on agtech. “At its core, it is about reinventing how farms are operated,” Guthrie says. “And by bringing together software, process transformation and analytics, we’ll be able to power tremendous breakthroughs.”

IT CAN HELP MONITOR CROPS

Until recently, most people wouldn’t have been able to define the term “atmospheric river.” But that changed last year, after flooding devastated parts of British Columbia. The climate has always thrown curveballs to farmers, but climate change can cause conditions so variable, unpredictable and intense that planning becomes almost impossible.

Technology can help. Drones and sensors can measure the effects of changes in environment and impact on plants so farmers can make adjustments to compensate. Farmers can monitor entire fields, getting real-time updates on crop health. “That matters,” says Guthrie. “If there’s any appearance of stress within the plant, it gets identified right away; if there are bugs or pests, that can be resolved before it turns into a bigger problem.”

Vancouver-based Sentient, for one, uses AI, image processing and drone technology to help vintners detect disease in grapes, keep tabs on irrigation and soil erosion, as well as estimate the amount of fruit ready to be harvested. And Verge Ag, a company out of Lethbridge, Alta., is currently working on a software platform that will help agriculture producers predict growing conditions and increase crop yields, by creating “digital twins.” These virtual representations can help game out the impact of operational decisions, such as when to plant and which fields might require greater irrigation.

“Making sure we’re being efficient with our resources, that we’re producing the most food with the least number of inputs — a lot of sustainability reporting and metrics all come down to measurements,” adds Guthrie. “And this is where technology also has a role to play.”

IT CAN DO THE JOBS NO ONE WANTS

Even before the pandemic, agriculture was experiencing a labour shortage — in 2018, the gap was 63,000 positions, and it’s expected to almost double by 2029, according to a Canadian Federation of Agriculture report. The shortages during COVID alone resulted in $2.9 billion in lost sales.

Plus, there are many jobs people simply don’t want to do. Mushroom picking, for example, is a repetitive and back-breaking task done in humid conditions. It also takes months to perfect a proper harvesting technique to meet retailers’ exacting specifications. As Michael Curry, CEO of Putnam, Ont.-based Mycionics explains, there’s a 20 per cent labour gap, not to mention a 40 per cent turnover every year. “A lot of farms are having to throw out mushrooms because they don’t have the people available to pick them,” says Curry. “People just don’t want to do this work.” 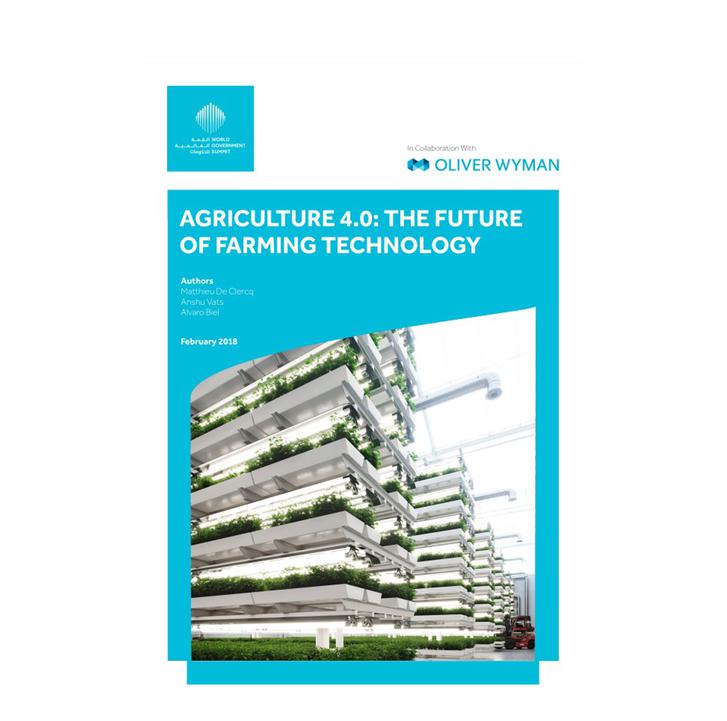 An increasing number of companies, like Mycionics and U.K.-based Muddy Machines, are focusing on mobilizing a completely different kind of labour force: robots.

For mushrooms, which grow year-round, robots are proving to be the ideal complement to the workforce. The company’s custom-designed mobile robotic harvester system travels along the tops of the beds, analyzing the mushrooms. “Then,” Curry explains, “a series of algorithms instructs the gripper — our picker — how to approach mushrooms ready for harvest without damaging them.” No bruising, no touching of the delicate mushroom cap and no exhaustion. “Because our system only picks ones that are ripe, we’re actually seeing a 10 per cent increase in yields.”

Florian Richter, CEO and co-founder of Muddy Machines, targeted another hard-to-deal with crop to test out his robotic harvester. “Asparagus is one of the most labour-intensive crops — harvesting occurs daily throughout the 12-week season,” he says.

He and his partner Christopher Chavasse came up with Sprout, a lithium-battery-run wagon so lightweight that it can drive on either side of the growing area without compressing the soil. Like Mycionics’ robot, Sprout uses computer vision and machine learning to identify where the crop is, when it’s ready to be harvested, and the best way to pick it without damaging other spears.

In pilot projects, Sprout has been picking one spear per second, increasing the yield by as much as 20 per cent, and the team is exploring how to retool it to harvest other labour-intensive crops, such as zucchini or broccoli. The company is working to bring the first batch of Sprouts to market this year and in 2023 will be working with growers in Ontario.

For Guthrie, from a labour perspective, agriculture and technology can be great partners. “Ten years ago, a lot of dairy farmers were skeptical about dairy robots,” he says. “I recently saw a client whose work life got a lot easier by using robots. He gets to spend more time checking on his animals’ health rather than milking cows.”

There’s still a wait-and-see approach, he adds, but when farmers see the tangible benefits of using technology, they get it. “We’ll reach a point where the cost of getting any labour just becomes too much and the need to adopt innovative technology will just be more feasible from the cost-benefit perspective.”

IT CAN CREATE THE PERFECT GROWING CONDITIONS

When a farmer grows crops in a vertical farm, many of the typical headaches are reduced — the lighting, humidity level and temperature are all perfectly controlled, and pests are not an issue. The crops get exactly what they need when they need it, so resources aren’t wasted, and they’re completely unaffected by whatever the weather outdoors is doing.

“The ability to replicate natural light to provide the ideal growing conditions is a great way to have an environment where you’re using just the right number of inputs,” says Guthrie. “So, efficient use of our water resources is really a benefit of adopting some of these technologies.”

Montreal’s Sollum Technologies has developed a potential solution: 100 per cent AI-powered LED lighting, which recreates the spectrum of natural light from sunrise to sunset. The company claims that can result in productivity increases up to 40 per cent, while saving more than 40 per cent in energy usage.

The ultimate vertical farm may well belong to Aspire. In its production and processing plant, a 150,000-square-foot facility on 12 acres of land, Aspire is set to produce 12,000 metric tons of crickets every year. “We thought of animals that have this incredible ability to convert feed into protein biomass,” explains Ashour, “and of course we came across insects, which as a protein source is actually one of the oldest forms of livestock that humans have ever consumed.”

But insects are difficult to catch — and therefore more expensive to buy — and they are also only in season for a few months a year.

Aspire’s solution: indoor climate- and diet-controlled vertical farming plus automation and AI to produce crickets all year round. Throughout the facility, which will be in full production by the end of this year, about 5,000 sensors are capturing second-by-second data on temperature, humidity, light intensity and sound pressure.

“We’re obtaining 30 million data points every day, really understanding at a very granular level all the different factors that are contributing to the growth of these crickets,” Ashour explains.

In the short term, Aspire will primarily be selling into the pet food market. Cricket excrement, called frass, will be sold as fertilizer. With 13 growing cycles a year and all that data, he adds, “in two years we can achieve more optimization than a farmer could do in an entire lifetime of farming. And I think that’s what gives us this advantage.”

The opportunities for technology in agriculture are endless. As Guthrie says, “It’s an exciting time to be in the agriculture industry.”

MaRS created this article in partnership with KPMG. Read more insights on the future of agriculture here.

Disclaimer This content was funded and approved by the advertiser.