From chasing burglars through back gardens and grappling with violent criminals to running high-level counter-terrorism operations, Iain Donnelly has done it all during his 30 years in the police force.

Iain, who lives near Stratford, started off as a uniformed constable in London’s Metropolitan Police, before working his way up to the elite Special Branch.

He spent the second half of his career in the West Midlands – involved in serious crime investigations in Birmingham, Wolverhampton, Coventry, Dudley and Solihull – and rising to the rank of Superintendent.

But whereas much of his career involved covert surveillance and undercover work, he’s gone public with an excoriating, no-holds-barred book about what it’s really like to be on the frontline of policing.

His memoir, Tango Juliet Foxtrot How did it all go wrong for British policing? reveals how constant political ‘meddling’ and cutbacks have had a ‘devastating impact’ on the morale of police officers and their ability to do their job.

Highlighting the fact that UK policing has seen cuts of 20,000 officers in the past 10 years, he points out that only 7 per cent of reported crime now results in a charge – compared with 20 per cent a decade ago.

Certain politicians, including Theresa May, come in for a particular drubbing.

But wasn’t the father-of-four concerned about the backlash from writing such a warts-and-all book?

“Yes, because the overriding narrative around policing is very hostile, so I was worried that by putting my head above the parapet and trying to re-balance that narrative, I’d immediately become the focus for all that toxic behaviour,” he explained.

“Then there’s this almost childlike worry about disapproval of some senior figures in policing, which is irrational, but just because something’s irrational, it doesn’t mean you don’t worry about it.”

He added: “Also, when you’ve been in a disciplined service for 30 years and had to be on message a lot of that time, particularly when you get to a senior rank, as I was, you have to be very careful about messaging. So, to go so monumentally off-piste felt incredibly uncomfortable, but at the same time incredibly liberating.”

In fact, since his book was published, he’s received many messages of support from serving and retired officers. 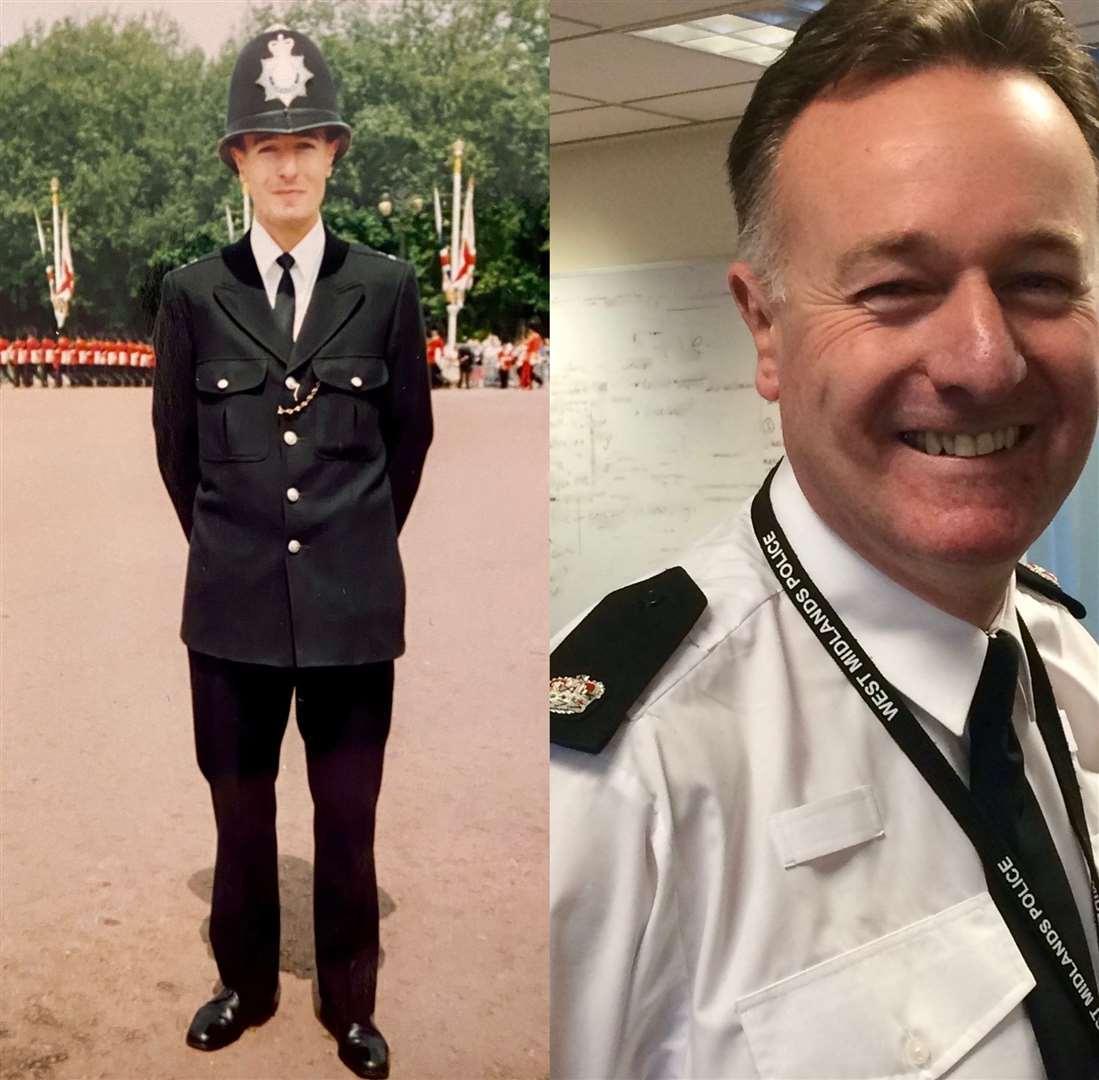 “I’ve had nothing but thanks and appreciation, with people saying words to the effect of: “Thank God someone’s actually had the courage to say this, because it so desperately needed saying,” he said.

In practical terms, there have been massive changes during his time in the force.

He started his career typing reports in triplicate using carbon paper and old typewriters but by the time he left, he was running a predictive analytics project using artificial intelligence (AI), super computers and cloud storage to analyse 500 million lines of data relating to millions of individuals in seconds.

Many changes, such as being able to access technology, were helpful but others made his blood boil.

For example, he describes a new breed of “ambitious but clueless” police managers.

In the late 1990s, Iain was relaying a piece of terrorist intelligence to his senior officer which needed an urgent decision, but he was told to leave because he hadn’t ‘added enough value’.

In his book, he writes: ‘This was my first memorable encounter with one of a new breed of senior police manager who could tell you everything about how to get through a promotion process but hardly anything about doing the actual job of catching bad people.’

Reflecting on it, he explained: “I have dozens of stories like that – of walking into senior officers’ offices and asking them difficult questions and having them look back at me like rabbits caught in headlights and just either not answering the question or trying to confuse with management jargon.”

He added: “When I got to be a senior officer myself and was dealing with some of the riskiest stuff in the UK, I can put my hand on my heart and say I never shirked from making a difficult decision and feel pretty confident that most worked out well. But that was only because I had that depth of experience to fall back on.”

It’s not just constant political interference and weak senior leadership causing problems, he believes. The third leg of what he dubs ‘the toxic triad’ is “the persistently negative narrative coming from certain parts of the media about policing, which are deeply demoralising to cops going out day-in and day-out, dealing with difficult situations”.

He added: “At the moment, the police service is being smashed to pieces and it’s the only one we’ve got, so let’s be very careful before we do that.”

Jokingly referring to himself as the Forest Gump of policing, Iain pointed out he’s played a cameo role in many of the big events in policing history over the past 30 years.

As well as the scathing observations, the book is packed with humour but there are also many moving accounts of dealing with death, much of it violent or gory.

These include road traffic incidents, murder, industrial accidents and there’s a harrowing account of his time during the Public Protection Unit, based out of Birmingham, where he and his team dealt with child abuse.

In the mid-2000s, they helped uncover a ring of Asian men grooming teenage girls, many of whom were going missing from children’s homes.

It’s during his stint as a Special Branch officer that he learned to write well – albeit it official reports that ended up on cabinet ministers’ desks.

“You’d be talking about a hostile foreign intelligence service that was running operations in London or whatever,” he explained.

“We had a very difficult relationship at the time. They were very dismissive of us and referred to us disparagingly as ‘Plod’,” he revealed. “We called them ‘Toads’ because they were always toadying up to government ministers and senior civil servants and telling tales on nasty Plod.”

Since retiring, Iain, who grew up in Northern Ireland and joined the police after university, has become a security consultant to technology companies working on public safety projects.

He was relishing having more time to spend with his wife and two younger children and on hobbies such as fly fishing and had no intention of writing a book.

But while travelling around Europe for a few weeks with his two older children, it just seemed to happen.

“I’d get up really early, while they were still sleeping and I thought it might be good to just get some of this stuff out of my head,” he explained.

“I found I really enjoyed it – the words were literally pouring out and I realised there was a story here that needed to be told.

“I wanted to try to explain what it’s actually like to be in the police. Not the police you see on the telly but the actual police force.”

He added: “As I wrote more, it became obvious there was another layer about asking: ‘How did it all go so bloody, horribly wrong?’ And more importantly: ‘How do we put it right again?’” he added.

To continue spreading the message, he’s launched a podcast, Tango Juliet Foxtrot, every bit as frank as his memoir.

“I’m sure there are ex-colleagues who think: ‘Oh, my God, he’s completely lost the plot. He’s written this really scathing book and now he’s got a podcast where he’s quite sweary and brutally honest,’” he joked.

“But I still have plenty to say. Not least because unless something changes quickly, more members of the public will come to serious harm and the people who harm them will have little to fear from the police.

“Look, even if the changes start today, it’s going to take a generation to undo the damage of the last 10 years,” he added.