NC Tech Paths Inc., funded with over $2 million from the Leonard G. Herring Family Foundation, was unveiled via Zoom to business, education and government leaders and others. Companies in Wilkes and across the state with tech jobs to fill were also represented.

Its primary objective “is adding high-quality jobs to Wilkes County, as well as Ashe and Alleghany, and expanding opportunities for more of our young people to earn a living wage,” said Lee Herring of North Wilkesboro, Herring Foundation president.

“It’s difficult to find projects like this that can truly move the needle for communities like ours,” he added.

Herring said NC Tech Paths is partnering with companies from across the state to help them fill tech job to be based in Wilkes, Ashe or Alleghany, primary service area of Wilkes Community College. WCC is a central partner in NC Tech Paths, a non-profit established in 2021.

Other partners in the initiative include Appalachian State University, public school districts and Per Scholas, a non-profit with tuition-free tech training for selected applicants. Per Scholas is based in the Bronx, N.Y., and has an office in Charlotte.

Students in the boot camps engage in technical learning and interact with employers in orientation, mock interviews, professional development and other ways to make them workforce-ready upon graduation. The boot camps, a partnership between Per Scholas and WCC, build on a Per Scholas model that has graduated over 11,000 entry-level learners nationwide.

The first boot camp session is underway with 17 students selected from over 100 applicants to study software engineering. The goal was at least 12 students. IT support is among future boot camp topics.

“We see this (NC Tech Paths Inc.) as a game-changer for our students and our region,” especially for many local people now with no opportunity for a job with a living wage, said Dr. Jeff Cox, WCC president.

Partnering with Per Scholas expands WCC offerings in technology pathways, he said. “We’ve got a great IT program, but we’ve only got so many instructors and each has an area of expertise. This partnership blows wide open the possibilities of what we can offer.”

Expanding the college’s services and connecting people to good-paying tech jobs is more important than doing the very best thing for enrollment, said Cox. “My feeling is that it will help enrollment. I think we’ll attract more tech talent,” with many students in the boot camp enrolling for two-year and even four-year degrees.

There is no limit to the number of people Per Scholas can serve through NC Tech Paths, said Plinio Ayala, president and CEO of Per Scholas.

The $2 million-plus from the Herring Foundation includes funds for tuition and for NC Tech Paths to buy, renovate and equip a building in downtown North Wilkesboro to be called the North Wilkesboro Remote Tech Outpost.

This will include office pods rented by companies and co-working space rented by individual freelancers and entrepreneurs, plus collaborative space for the tech community.

Herring said that in addition to supporting working remotely, this facility should help bring new life to downtown North Wilkesboro.

Craig DeLucia, CEO of the Herring Foundation and president of NC Tech Paths, said there are plans to fund science, tech, engineering and math programs with market rate rent payments for space in the facility.

DeLucia said the building is under contract for purchase and there are plans to identify the structure and release draft architectural plans for its renovation by summer. He said the goal is that demand will result in NC Tech Paths establishing more “remote tech outposts” in the three counties.

He said fiber optic connectivity in Wilkes, Ashe and Alleghany; strong IT programs at WCC and ASU; quality of the boot camp program; and career coaches in traditional high schools in the three counties will help cultivate a rural tech ecosystem in northwestern N.C.

“We are the only region in North Carolina with dedicated career coaches in every traditional high school to help students who are interested in tech find the right path,” he added.

“Perhaps most importantly, we have a history and culture of entrepreneurship and leadership that demonstrate this region’s ability to embrace economic opportunity.”

DeLucia said N.C. Tech Paths is building a network of employers to provide input on specific talents needed, recruitment support and professional development, plus pre-qualification of students for job interviews.

“This will help us build a specialized talent pipeline for companies, focusing on matching the skills, experiences and goals of each learner with jobs in our employer network.”

He said companies that hire talent through NC Tech Paths will commit to “giving back” financially to help sustain the program.

DeLucia said a partnership with Appalachian for jobs requiring a four-year degree or a master’s degree will be strengthened, plus money will be raised for scholarships to ASU. He said support will be provided for computer and IT-related courses in high schools and at WCC to ensure curriculum and professional development pieces are aligned with companies’ needs.

Jason Shropshire, chief operating officer of InfusionPoints in North Wilkesboro, said during the Zoom event that demand for tech talent is growing faster than supply and there already is a shortage.

Shropshire said InfusionPoints, a cyber security company, needs to hire at least 50 more people in the next 12-18 months after hiring this many in the last year. This is driven by explosive growth in demand for cyber security services. “We have great talent in the region — but we need more of it.”

DeLucia said InfusionPoints and Winston-Salem-based Inmar Intelligence, a data platform company, are providing support to the first boot camp cohort and committed to interviewing these and future boot camp graduates who align with their job openings

Cecilia Holden, CEO of myFutureNC, said North Carolina has a skills gap crisis, especially in the tech industry. “I hear this all the time from tech executives. We need to increase the talent pipeline. This includes two-year and four-year degrees, but also shorter-term boot camp-style training. The key is training specialists with the exact skills, credentials and certificates companies need.”

“Our goal is to have something for everyone interested in a tech career,” said Zach Barricklow, executive director of NC Tech Paths.

“Over the coming months, we will share updates on new partnerships, education programs, and facilities that support our ecosystem. There is much work to be done,” added Barricklow.

The Herring Foundation earlier provided $2 million for a Strategic Planning Initiative at WCC that helped the college nearly double its graduation rate in the last four years, moving from a 25% to a 45% student completion rate.

Success! An email has been sent towith a link to confirm list signup.

Error! There was an error processing your request. 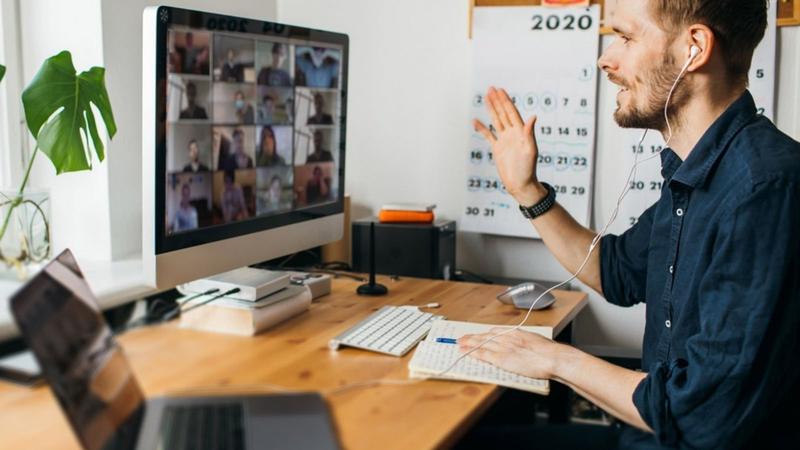 There was a problem reporting this.

Welcome to the discussion.

Keep it Clean. Please avoid obscene, vulgar, lewd,racist or sexually-oriented language.PLEASE TURN OFF YOUR CAPS LOCK.Don't Threaten. Threats of harming anotherperson will not be tolerated.Be Truthful. Don't knowingly lie about anyoneor anything.Be Nice. No racism, sexism or any sort of -ismthat is degrading to another person.Be Proactive. Use the 'Report' link oneach comment to let us know of abusive posts.Share with Us. We'd love to hear eyewitnessaccounts, the history behind an article.

Success! An email has been sent towith a link to confirm list signup.

Error! There was an error processing your request.

A mix of clouds and sun early, then becoming cloudy later in the day. High 51F. Winds light and variable.

Showers early, becoming a steady rain late. Low 41F. Winds light and variable. Chance of rain 80%. Rainfall around a quarter of an inch.

Watching a potential winter storm. Partly cloudy in the evening followed by periods of snow showers after midnight. Low near 25F. Winds light and variable. Chance of snow 40%. Snowfall around one inch.

Click Here to see what is going on in your community and submit your event.

Sorry, there are no recent results for popular videos.

A calendar for the 2022-23 school year was unanimously approved by the Wilkes Board of Education on Monday night.

A wintry mix but no blizzard

Letters to the Editor

Officer's kindness is reminder of service

How would Jesus feel in N. Wilkesboro?