Localização： Casa / Tecnologia / This is how cloud computing advances, a valuable resource for companies

This is how cloud computing advances, a valuable resource for companies

Cloud computing has become a key part of the IT strategy of companies that seek to be at the forefront and advance in their development.

This infrastructure is not exactly something new , but it is now essential in many sectors, especially those in which digital transformation is not an option, since due to its rapid growth it is always necessary to expand computing and data storage capabilities.

In an increasingly digital world, the vast demand for the cloud is expected to continue to expand rapidly during 2022. However, the world of cloud computing continues to evolve year after year in an agile dynamic to adapt to new needs, so Events such as the Cloud Summit 2022 , which will take place from May 17 to 19, are designed to annually chart a new path and guide companies in the future of cloud computing to drive business.

Although the adoption of the cloud had been increasing for some time, the arrival of the pandemic has accelerated the process, so now with the reactivation and the new normal we are seeing various use cases for the cloud. Here is a review of the concepts about cloud computing that you should know due to its growing adoption:

The consolidation of multicloud and hybrid cloud

According to Equinix , 93% of enterprises have expressed interest in or have already committed to hybrid cloud, showing how important it is today to be able to have access to a convenient combination of the strengths of the public and private cloud. .

Previously, the most common thing was to choose between a public or a private cloud, each of these has advantages, so for some time it has become normal to implement a combination of both that allows having all their benefits together, reaching the so-called hybrid cloud.

Using a hybrid cloud as a resource allows companies to have the best of both worlds at their fingertips. On the one hand, data that requires frequent and rapid access can be stored on public servers, while confidential information can continue on private servers with greater access control.

Due to its size, when we talk about multicloud, we refer to the possibility of having multiple clouds, that is, using solutions from different providers, which also allows you to take advantage of the best features that each provider offers. 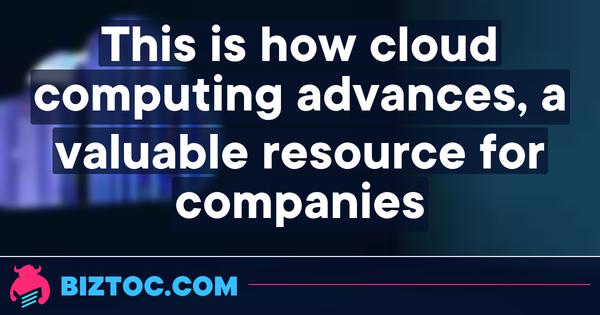 If before it was almost impossible to integrate information from different providers, today this has become easier and more convenient for large companies that handle a large amount of data and applications.

The use of the hybrid cloud and multiple clouds can be summed up in the possibility of having a personalized technological environment tailored to each organization and the technological needs of the company.

Edge Computing, marking the future of the cloud

In recent years, there has been talk of a type of decentralized IT infrastructure designed to reduce latency problems while increasing the performance of cloud applications.

Edge Computing, translated as the edge of computing, refers to an infrastructure that is not centralized directly in the core of a server. For many it is a threat to cloud computing, but the truth is that it came with the aim of bringing applications and data closer to edge devices, that is, those that are closer to end users.

This type of solution will undoubtedly be a high-impact boost for companies that need to increase operational efficiency, but at the same time, end users will be favored by enjoying a better experience.

More and more large companies are joining this trend of taking games to the cloud. Google (Stadia), Microsoft (Xbox Cloud Gaming), Amazon (Luna), are some of the cloud gaming services available today.

Thanks to the power of the cloud, cloud gaming makes it possible to play video games at any time without having to have a powerful computer (PC, console, mobile). In this case, the main demand is a good internet because the transmission of the game is done through streaming.

A good way to take advantage of the cloud to take the experience in this industry of great growth in recent years to another level, which thanks to different innovations has made significant progress. In this way, instead of processing the graphics of the video game in the PC, smartphone or console processor, this process is carried out directly in huge and powerful servers in the cloud, from where the resulting image is simply sent via streaming to the user's device. Username.

Of course, latency times must be minimal to guarantee a good experience when playing video games in the cloud, and this is where Edge Computing plays a very important role, avoiding delays at the time of actions such as pressing buttons, since that all the information travels through the network, so having it as close as possible to the end user can be decisive.

Kubernetes, unlocking the potential of the blockchain

Currently, the benefits of blockchain technology, which is a fundamental part of cryptocurrencies and the different transfer models of digital assets such as NFTs, smart contracts, among others, are widely known.

With the advent of Web3, many companies are looking to integrate blockchain technology into their operations, something that Kubernetes came to facilitate. This open source solution was created to easily achieve the integration of that technology by automating the deployment, scaling, and management of containerized applications.

Originally designed by Google and later donated to the Cloud Native Computing Foundation, Kubernetes has become an efficient and productive option when it comes to configuring, installing, and managing either a public or private blockchain environment.

Undoubtedly, the implementation of blockchain through Kubernetes provides a series of benefits, among which are simpler technological deployments, various types of storage, interoperability, surveillance, security, among others.

(About the author: Sergio Ramos Montoya is editor of the Social Geek site)