What’s this? Supply-chain analyst extraordinaire Ming-Chi Kuo has suggested that Apple’s investigating E Ink displays for future foldable iPhones. Now, Apple surely investigates lots of things–and most of them never make it across the finish line to become real products.

But as a long-time admirer of E Ink as a technology, I’m excited about the possibility that Apple might use it in future devices. E Ink is a niche technology with some very real limitations, but it’s also got some huge advantages.

E Ink is a display technology that’s fundamentally different from LCD, OLED, and other display technologies. It works by using electricity to set tiny capsules of pigment to show or hide. The result is a surface that works more or less like traditional ink on paper, hence the name.

Since an E Ink screen only uses power when the screen is being rewritten, it’s great for applications in which the display doesn’t update very often. Most people know E Ink displays from e-readers like Amazon’s Kindle and Rakuten’s Kobo. These devices can have very long battery lives because they’re generally only using battery power when you turn the page.

E Ink crops up in a few other locations, too. There’s a lot of digital signage (think price tags on supermarket shelves) that’s starting to use E Ink–another case where the text remains fixed most of the time, so there’s very little power draw. (My favorite E Ink project may be this one that resembles a flattened original Mac.) 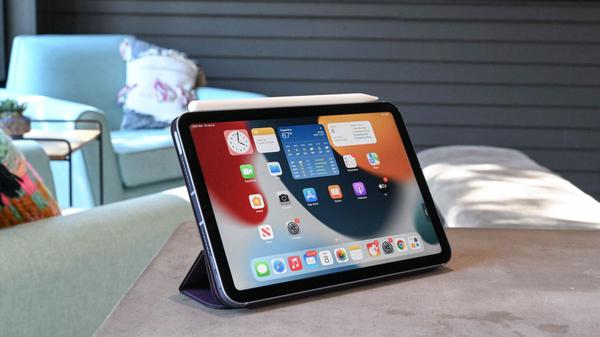 I like E Ink because it’s easier on the eye and feels natural in natural light. However, the technology has lots of liabilities that have led to it not being used widely. For starters, it doesn’t emit light. In sunlight, E Ink screens are beyond reproach, but in darkness, they’re unreadable. (To compensate, most e-readers now come with a built-in ring of LED lights around the screen.)

Worse is the slow refresh rates of E Ink screens. The refresh rate has increased over time–on state-of-the-art displays, it’s now 350 milliseconds–but it’s nothing like the ultra-fast refresh rates of computer displays. That means it’s inappropriate for animation, video, and pretty much any interface designed for quick animations. (Last year I reviewed an E Ink Android tablet and trying to use the Android interface at such a low refresh rate was painful.)

E Ink displays also don’t offer the ultra-high resolutions of modern Apple displays. And while E Ink displays have begun to support color (after years of only supporting shades of gray), the quality is only now getting up to par, and the refresh rates are still quite slow.

According to Kuo, Apple is testing E Ink “for future foldable device’s cover screen & tablet-like applications.” It makes sense. Foldable devices generally fold inward to protect their displays–leaving an outer surface devoid of information. To counteract that, phone-makers have been adding supplementary “outer screens” to do things like display the time and basic information widgets while others have full-sized OLED displays that obviously use lots of battery life.

Due to its ultra-low-power profile, an E Ink display would be a pretty good fit for a cover display. (Think of how the always-on Apple Watch display has a low-power mode that doesn’t update the display very often, making things like second hands disappear in order to save power.) With a color E Ink external display, Apple could display the time, notifications, and even widgets on a device’s outer screen.

But auxiliary E Ink displays aren’t necessarily just for foldable phones. Consider a future MacBook that included a low-power E Ink screen on the outside so that you could see notifications and other basic status information without opening it.

E Ink technology might also allow the creation of some interesting accessories, especially when coupled with something like the Smart Connector port on the iPad, which can transfer data and supply power. For example, imagine an iPad smart cover that included an E Ink Display (shoutout to reader Adam L. for this idea), to display widgets, status information, and maybe even static displays from apps, all of which would be visible even in bright sunlight. Alternately, how about an iPhone case that included an E Ink display on the back for status widgets?

E Ink is probably never going to be a mainstream display technology. The OLEDs and LED/LCD displays of the world provide high resolutions and refresh rates that can’t be beaten. But there are many niches that E Ink can serve well. I’d love to see Apple deploy E Ink’s unique characteristics in some creative ways.

Note: When you purchase something after clicking links in our articles, we may earn a small commission. Read our affiliate link policy for more details.

Jason was lead editor at Macworld for more than a decade and now writes about Apple at Six Colors and podcasts at Relay FM and The Incomparable.