Scientists must make ever more sophisticated measurements as technology shrinks to the nanoscale and we face global challenges from the effects of climate change.

As industry works more and more on the nanometer scale (a nanometer is a billionth of a meter), there is a need to measure more reliably and accurately things we can barely see. This requires metrology, the science of measurement.

Nano-scale metrology is useful in everyday life, for example to measure doses of medication or in the development of computer chips for our digital devices.

"Metrology is needed everywhere that you make measurements or if you want to compare measurements," said Virpi Korpelainen, senior scientist at the Technical Research Center of Finland and National Metrology Institute in Espoo, Finland.

Since the earliest civilizations, standardized and consistent measurements have always been crucial to the smooth functioning of society. In ancient times, physical quantities such as a body measurement were used.

One of the earliest known units was the cubit, which was approximately the length of a forearm. The Romans used fingers and feet in their measurement systems while the story goes that Henry I of England (circa 1068 to 1135) tried to standardize a yard as the distance from his nose to his thumb.

Standardization demands precise definitions and consistent measurements. In the interest of greater accuracy, in the 1790s, the French government commission standardized the meter as the basic unit of distance. This set Europe on a path to the standardized international system of base units (SI) which has been evolving since.

Since 2018, some key definitions of measurement units have been redefined. The kilo, the ampere, the kelvin and the mole are now based on fundamental constants in nature instead of physical models. This is because over time, the physical models change as happened with the model of the kilo, which lost a tiny amount of mass over 100 years after it was created. With this new approach, which was adopted after years of careful science, the definitions will not change.

This evolution is often driven by incredibly sophisticated science, familiar only to metrologists, such as the speed of light in a vacuum (meter), the rate of radioactive decay (time) or the Planck constant (kilogram), all of which are used to calibrate key units of measurement under the SI.

"When you buy a measuring instrument, people typically don't think of where the scale comes from," said Korpelainen. This goes for scientists and engineers too.

Even the most advanced microscopes need to be calibrated, meaning that steps must be taken to standardize its measurements of the very small. Korpelainen and colleagues around Europe are developing improved atomic force microscopes (AFMs) in an ongoing project called MetExSPM. 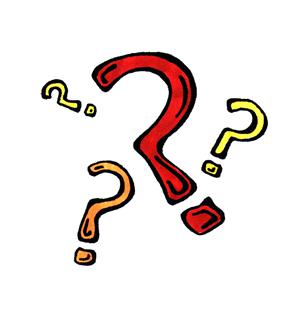 AFM is a type of microscope that gets so close to a sample, it can almost reveal its individual atoms. "In industry, people need traceable measurements for quality control and for buying components from subcontractors," said Korpelainen.

The project will allow the AFM microscopes to take reliable measurements at nanoscale resolution by using high-speed scanning, even on relatively large samples.

"Industry needs AFM resolution if they want to measure distances between really small structures," Korpelainen said. Research on AFMs has revealed that measurement errors are easily introduced at this scale and can be as high as 30%.

The demand for small, sophisticated, high-performing devices means the nanoscale is growing in importance. She used an AFM microscope and lasers to calibrate precision scales for other microscopes.

She also coordinated another project, 3DNano, in order to measure nanoscale 3D objects that are not always perfectly symmetrical. Precise measurements of such objects support the development of new technology in medicine, energy storage and space exploration.

Dr. Annette Röttger, a nuclear physicist at PTB, the national metrology institute in Germany is interested in measuring radon, a radioactive gas with no color, smell or taste.

Radon is naturally occurring. It originates from decaying uranium below ground. Generally, the gas leaks into the atmosphere and is harmless, but it can reach dangerous levels when it builds up in dwellings, potentially causing illness to residents.

But there is another reason Röttger is interested in measuring radon. She believes it can improve the measurement of important greenhouse gases (GHG).

"For methane and carbon dioxide, you can measure the amounts in the atmosphere very precisely, but you cannot measure the flux of these gases coming out of the ground, representatively," said Röttger.

Flux is the rate of seepage of a gas. It is a helpful measurement to trace the quantities of other GHG such as methane that also seep out of the ground. Measurements of methane coming out of the ground are variable, so that one spot will differ from another a few steps away. The flow of radon gas out of the ground closely tracks the flow of methane, a damaging GHG with both natural and human origins.

When radon gas emissions from the ground increase, so do carbon dioxide and methane levels. "Radon is more homogenous," said Röttger, "and there is a close correlation between radon and these greenhouse gases." The research project to study it is called traceRadon.

Radon is measured via its radioactivity but because of its low concentrations it is very challenging to measure. "Several devices will not work at all, so you will get a zero-reading value because you are below the detection limit," said Röttger.

Measuring the escape of radon enables scientists to model the rate of emissions over a landscape. This can be useful to measure the effects of climate mitigation measures. For example, research indicates that the rapid rewetting of drained peatland stores greenhouse gas and mitigates climate change.

But if you go to the trouble of rewetting a large marshland, "You will want to know if this worked," said Röttger. "If it works for these GHG, then we should see less radon coming out too. If we don't, then it didn't work."

"We have lots of false alarms (due to radon) and we might even miss an alarm because of this," said Röttger. "We can make this network better which is increasingly important for radiological emergency management support by metrology."

Given the intensity of the climate crisis, it is crucial to present reliable data for policy makers, added Röttger. This will assist greatly in addressing climate change, arguably the biggest threat mankind has faced since the cubit was first employed as a measure in ancient Egypt over 3,000 years ago.

Reassessing radon as a reliable groundwater tracerProvided byHorizon: The EU Research & Innovation Magazine Citation: The small things make a big difference in the science of measurement (2022, May 19) retrieved 19 May 2022 from https://phys.org/news/2022-05-small-big-difference-science.htmlThis document is subject to copyright. Apart from any fair dealing for the purpose of private study or research, nopart may be reproduced without the written permission. The content is provided for information purposes only.
Artigos Quentes
Artigos populares